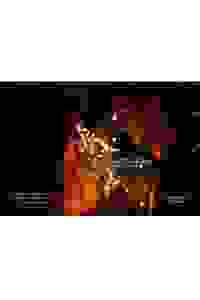 Brooklyn 2012, where you can be whatever you want...until your visa expires. 'Greencard Wedding' is part rock concert, part Skype film featuring notable locations in the New York indie rock scene. This multi-media indie rock musical speaks to how we define ourselves as artists, the politics of immigration, and artist visa regulations. Performed in English and some Gaelic. Wedding cake served to all audience members.

See it if you like a play done 50% in video and enjoy Skype conversations of two people's love problems. The men have decent voices, girl's off key.

Don't see it if you want to see a story told without video. The love story was very predictable.

See it if you are a fan of the singer/musicians, are looking for a light weight romance with some music.

Don't see it if you will dislike a musical show with uneven vocals, you are looking for a show that is theatrically effective. Read more

See it if You like live indie folk music

Don't see it if You don't like free cupcakes or whiskey.

Don't see it if You have an issue with immigrants

See it if If you like romance, intense stuff and good music!

Don't see it if If you don't like love stories or romance. Read more

See it if You have a heart and you like music

Don't see it if You’re jaded and cynical

See it if You like experimental theater and romance

"The prominent use of multimedia doesn't remain separate from the live performers. In many scenes, a live performer interacts with someone seen in pre-recorded videos. The perfectly timed and executed interactions, add an interesting dimension...The bittersweet tale, told in tenderness and candor, is deeply personal to its creator, which makes it easily relatable. There’s also a level of playfulness in this production that will likely win much sympathy from its audience."
Read more