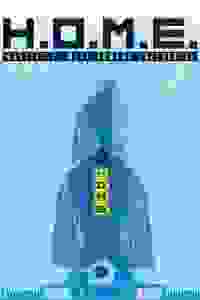 The Unity Theatre Company of New York City presents a sci-fi play set in a universe where teenagers develop superpowers.

Six young people are confined to the Habitat of Metahumans Enterprise (H.O.M.E), a facility created by the government to rehabilitate people who have illegally used their superpowers. When Adam, an immortal, arrives, they begin to rethink their place in society and recognize their potential. Will they use their abilities to fight political corruption and war, or seek revenge against those who oppressed them?

See it if Enjoy seeing young actors hine their craft. Like plays that let you use your imagination.

See it if you can forgive very amateur acting, directing, concept, but would like to watch young actors perform a play by a new playwright.

Don't see it if you can't move on from the criticism of a student production- failure for the sake of learning. You hate post apocalyptic pieces.

See it if No

Don't see it if They destroyed my monday night...

See it if Awful show

Don't see it if X

See it if Why they produce X-Men on stage? It's slow and not funny at all.

Don't see it if So many slow moments. Blocking is awful and stage is empty with boxes.

See it if Why there are so many blackouts!?!

Don't see it if It's not worth it!

“Rivera and Tran have a lot of important things to say about the abuse of young (specifically black and brown) bodies...Sadly, that discussion is not as potent as it could be due to a combination of inefficient plot development and an often-lazy production...Compounding this problem, half of the cast phones in their performances and some seem to be having trouble remembering their lines...This play still feels like it needs a few bold revisions.”
Read more