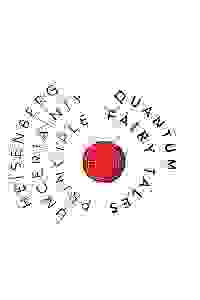 A new, devised comedy by The Humanist Project which combines quantum physics and Russian fairy tales to comic effect.

It’s just another day for public access television science show host, Professor S. Pants (played by Andrew Borthwick-Leslie). He is attempting The Schrödinger’s Cat Experiment ON AN ACTUAL CAT! With a little help from his trusty assistants, Dean (Zach Libresco), Francis (Michael F. Toomey), and Pina Potter (Josephine Wilson), the show goes off the rails transporting our heroes into the television program in the following time slot: “Depressing Russian Fairy Tales.” It’s a wacky ride of laughs, jokes and ridiculousness.

See it if You like theater that explores the boundaries of story. Three different stories are intercity in a rollicking, thought provoking romp.

Don't see it if You are not keen on exploring physical and intellectual comedy and hate laughing out loud in the theater.