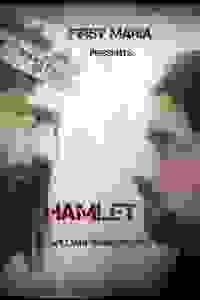 Set in the late '70s to early '80s during the wave of hedonism that AIDS abruptly ended, this 'Hamlet' trims the plot's politics in order to emphasize each character's role as either a child or a parent. 'Hamlet' becomes a coming-of-age tale of a sheltered child who receives an impossible order from his father. Directed by Celeste Moratti and performed in English by a mixed American-Italian company, the show also features a five-person Greek-style chorus and live music.

"This is a very Hamlet-centric production, with the young prince passionately played by Alexander Sovronsky...It's highly stylized, and very effectively so for the most part...There are other performances that round out the production and make it great...This season has seen a lot of good small-company productions of Shakespeare plays, and First Maria’s 'Hamlet' is one of the best...Theirs is beautifully designed, expertly acted and exciting to watch."
Read more

"To choose 'Hamlet' as your launch into the directing world is a bold choice, and for the most part Moratti has succeeded in this committed decision. Her principal move is to bring musicians onstage with the actors creating additional rhythms to Shakespeare’s music of words...Alexander Sovronsky is first-rate as the Prince of Denmark...The entire cast are solid in their performances...Here is hoping that Celeste Moratti continues on this trajectory of directorial discoveries."
Read more