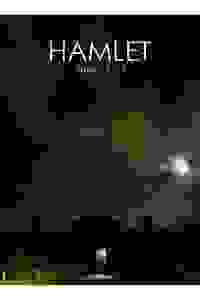 Shakespeare Downtown presents a free outdoor staging of "Hamlet" in Elizabethan costumes at Castle Clinton at The Battery. More…

By staging these free outdoor performances at Castle Clinton, audience members experience the plays how they were originally done at Shakespeare’s Globe Theatre 400 years ago – in the open-air, in the round, on the water.

See it if you want to see a very restrained version of Hamlet with a nearly full (but thin in ability) cast in a great setting.

Don't see it if If you like bigger production, more energy in your Elizabethean drama and the supporting roles to be performed well and cast well.

Also The Hamlet was good, the setting was great, the costumes worked fine. I love where they are doing this its a nice open air venue to watch a play. I don't know if it was the director but the performance were the most restrained and tentative I've ever seen for Shakespeare with the exception of Hamlet. Felt like the play was too big for this company as they only had a couple of actors who gave strong performances and several were miscasts (Ophelia was a bit old for the role). The play reached some moments of power as it moved to the climax. Gertude's monologue was well delivered and retained much of its power. They needed a stronger Laertes to make the climax really sore though. Anyway its Hamlet in a beautiful venue so don't avoid, but its a weaker production than I'm used to of my favorite play.... Read more Read less

See it if You like Shakespeare in the open air in a great location (Castle Clinton) performed by semi pro actors of high talent. This is great.

Don't see it if You are not a fan of Hamlet and you don't like helicopter noise!! But you will miss a treat.

See it if You love Shakespeare and reading the play isn’t enough for you. I loved hamlet as a boy and this really out did itself for me.

“Hamlet (Shakespeare Downtown)” hasn't been reviewed by any Critics (yet!)

Shakespeare Downtown
Producer
Get Alerts Alerts On Alerts Off