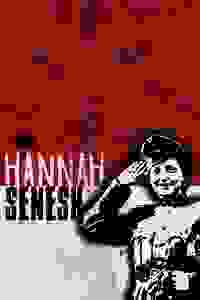 This one-woman play with music tells the true story of Hannah Senesh, the heroic young Jewish woman who escaped from Axis-allied Hungary in 1939 to the safety of British Mandate Palestine. More…

There she joined Haganah and then bravely volunteered for a daring Special Operations mission to parachute back into Europe to save Jews from the Holocaust. Hannah’s story and indomitable spirit, along with the moving diary and poetry that she left behind, serve as an enduring inspiration to people everywhere standing up to the powers of hatred and oppression.

See it if you like historical, one-person shows, this one very well performed on a simple stage with a few props and some nice singing.

Don't see it if you do not like or are triggered by WWII treatment of Jews. There is also one, brief, violent stunning entrance of a second actor.

See it if watching a child mature into a person whose serious beliefs spur her to action intrigues you. Well plotted and beautifully realized.

Don't see it if you're unwilling to have your heart broken.

Don't see it if story is simple hagiography w/o nuance; HS played in only 1 note from child 2 young woman; reminds me of overwrought college production

Also HS has become a Jewish icon of the WW II era based on her biography: her decision to relocate to Israel as a Zionist as a teen, then to volunteer for a virtual suicide mission to parachute behind enemy lines to work w partisans to save Jews. Add to this, HS wrote poetry, some of which was set to memorable music that has become part of the Jewish religious service. Her story as a poet-heroine, who [SPOILER ALERT] died too young after failing to break under torture by her Nazi captors, has resonated with the public like Anne Frank's. A more interesting play would have tried to probe more deeply to figure out the story behind the icon.... Read more Read less

See it if One woman show about a real person who fights for freedom.

Don't see it if Not a happy show.

Also Its a strong story about not giving up and fighting back. This story is taking for Hannah diary entries.... Read more Read less

See it if you wish to see a superbly acted one woman show about a real life courageous person. Very moving and a story that deserves to be told.

Don't see it if you do not like stories about the holocaust or one person shows of any kind. This is not a musical but a play with some songs sung by lead.

Also Powerful play using Hannah's own words from her journal. I did not know of this person and I was extremely moved by her story. You see her progress from light hearted young girl to young woman who makes extremely brave decisions. There are exhibits in this venue so you can come early.... Read more Read less

See it if You want to hear the diary excerpts of a naive not very interesting teen. The actress only leaves the stage to pick up props.

Don't see it if You want to know anything about the project for which she was recruited. The rise of zionism and creation of what would be the Jewish State

Also I really hated this. I probably would have given it a 10, but she was ardent and committed, but shrill and excessive. The words she was saying in no way required the amount of drama with which she imbued them. This presentation in no way allows you to understand why she is held in reverence for this doomed. mission.
It is earnest and well meaning but i was desperate to leave within the first 30 minutes and I only felt any connection twice in 95 minutes. Her mother's description of Hannah in the prison and a letter to her brother. The first greatly diminished by a heavy generic accent by our heroine in a dual role and the second by the unison reading by her offstage brother.
... Read more Read less

See it if you want to learn more about an amazing inspiring woman. British paratrooper, brave Zionist who died attempting to rescue Holocaust victims

Don't see it if you find facts about the Holocaust too difficult to experience or you don't like one woman shows.

Also While you're at the theater. visit the museum's Auschwitz exhibit. Heartbreaking, devastating but very important.... Read more Read less

319 reviews
Get Alerts Alerts On Alerts Off
77
A fascinating story, Less compelling that it should be, Slow at times, Important topic, Excellent acting
August 15th, 2019

See it if you like a solo actor story about a true heroine, the holocaust with excellent acting.

Don't see it if you dislike one character plays that are very serious, sad, slow at times & deliver a bit less emotion than a holocaust story should.

See it if you crave powerful drama, based on a true story, featuring a women hero, especially a Jewish one, including themes of WWII and Zionism.

Don't see it if you do not like one actor (playing multiple roles adeptly), 90 min. plays without interval, or depressing themes reminiscent threats today.

Also Unfortunately, this play probably preaches only to the choir: Persons harboring antisemetic, racist, anti-Israel BDS attitudes or denying the Holocaust occurred probably will not see the llaybmuch less be moved by it. The play is nevertheless worthwhile in depicting a Jewish heroine for our Jewish little girls and young women.... Read more Read less

See it if you're interested in the depiction of one woman's growth from a young schoolgirl in Hungary to kibbutz life in Palestine to WWII heroics.

Don't see it if you're not a fan of one-person shows. Although Lexi Rabadi deserves credit for her dual characterizations--and her quick wardrobe changes.

See it if True story-A middle class, Jewish, Hungarian, girl emigrates to Israel, becomes a farmer, then a paratrooper to free British pilots in WWII.

Don't see it if Israeli history is unbelievable but true. Senesh is an Israeli heroine. Show is engaging, preferable to reading a text book. See it!

Also Poor character development & acting, following Hannah from superficial school girl through young adulthood without nuance, She shouts all her lines melodramatically. The script is poorly developed with too much irrelevant time spent in the early scenes. This play becomes redundant until the very last few minutes when it finally gets to the point.... Read more Read less

See it if you enjoy plays about Jewish woman who fought in the Holocaust.

Don't see it if you don't like one woman shows.

Also The accent the actress used when portraying the mother of Hannah Senesh was off -putting.... Read more Read less

See it if you enjoy well performed one woman shows. You have an interest in WWII history, particularly Jewish history

Don't see it if you want a flshy production or find stories dealing with the Holocaust too upsetting.

See it if You are interested in personal World War 2 stories. Compelling and well acted.

Don't see it if You don't like monologues. The story unfolds day by day as told by Hannah and her mother.

See it if you love Hannah Senesh. Like one-woman shows, a good voice & Zionism. Want to see museum's Auschwitz exhibit.

Don't see it if you have no interest in WWII or iconic young Jewish figure. Would dislike a show that drags in places.

Also After the matinee I spent a few hours at the Museum of Jewish Heritage to view the current core exhibit, on the history and legacy of the Auschwitz death camp.

None of this was news to me; I've long been a student of the Holocaust, own a large library on the subject & knew several survivors, one extremely well.

But the exhibit is a poignant reminder of exactly what happened, & how Jew-hatred through the ages paved the way for such atrocities. (The exhibit also admirably covers the horrors suffered by other victims, including millions of non-Jewish Poles, political prisoners, at least 500,000 Roma people--in truth the full count is unknown--and 10,000s of gays.)

The exhibit alone is well worth a visit, especially for filmed interviews with survivors on their experiences in the cattle cars, at the camp, in the Sonderkommando & on death marches after the camp was "liquidated." You'll also see many artifacts from that hellish time and place.

None of us can ever afford to forget.

Don't see it if you want to learn more about Ms. Senesh's interesting adult life as portrayed in film

See it if You are interested in female heroes.

Don't see it if You find ww2 dramas too sad.

See it if It's a Holocaust play where the Shoah is a definite presence and motivator, but not the only thing.

Don't see it if I've spent a few days trying to decide if Hannah's a hero or a misguided idealist. I'm still not sure, but you should find out for yourself.

See it if You are into historic drama and one women shows. Fantastic acting. It really makes you think!

Don't see it if You are not into one women shows, history or are in the mood for being uplifted. This is serious drama.

See it if you want to learn about the Nazi era period as seen through a remarkable women's eyes.

Don't see it if one person shows are not your thing.

See it if you want to know the story of a courageous woman who gave her life to try to save others.

Don't see it if you want a more traditional play with multiple characters.

See it if Ok with one woman shows . Looking for new performers who exhibit fantastic talent. Understand the importance of Holocaust remembrance.

Don't see it if Not interested in Holocaust remembrance. Only enjoys fluff

Also The program should have contained more contextual background about where her mother and brother ended up after the war.... Read more Read less

See it if You are interested in historical plays that are well written and worth the educational journey. Well acted and simply but effectively staged

Don't see it if You are too emotionally affected by cruel events that took place during WW2. Have no interest in biographical plays 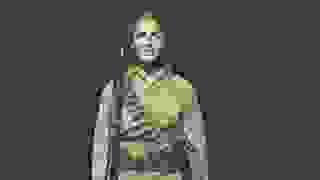 By all rights, Hannah Senesh should be as widely known and beloved as Anne Frank. Both were young Jewish women who confided their dreams and struggles during the Holocaust to their diaries in bright and sharply observed entries. Both their stories are moving and inspiring, revealing a steadfast spirit and a lively intelligence. Her journal entries allow us to understand her thoughts and the reasoning behind her actions. “With the whole world on fire,” she wrote in 1940, “we must all find our own way, our own place, our own calling.” 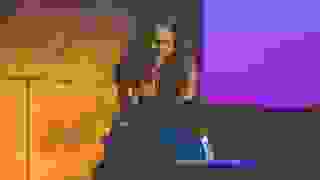 Hannah Senesh: Speaking Her Truth, Her Emotions, Her Spirit

ReformJudaism.org interviewed Lori Wilner, co-creator, and Lexi Rabadi, star of Hannah Senesh: A Play with Music and Song,” which is on stage this week in New York City. 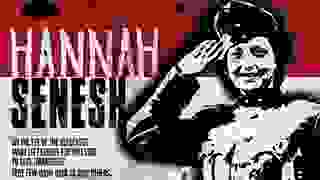 If you hurry, you can be among those who were privileged to see National Yiddish Theater Folksbiene’s (NYTF) inaugural production marking its 104th season. The NYTF production of “Hannah Senesh,” playing at its venerable venue The Museum of Jewish Heritage in Battery Park, is a winner all around. The museum, now hosting the largest collection of artifacts from Auschwitz ever collected in an exhibit entitled “Auschwitz: Not long Ago, Not Far Away,” lends a fitting and awesome background to the story of a 23-year-old Jewish martyr who died “al kiddush Hashem,” in attempting to save her Hungarian compatriots from the horrors of Nazism. 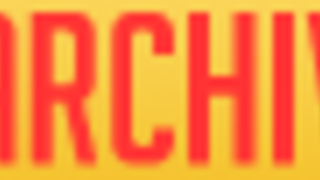 This Week on Broadway for August 11, 2019: Jim Steinman’s Bat Out Of Hell - The Musical 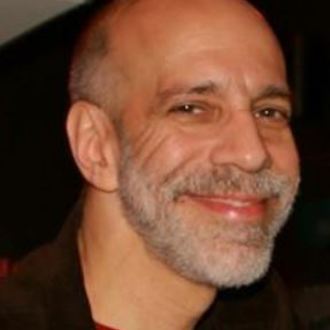 David Schechter
Writer / Director
Get Alerts Alerts On Alerts Off