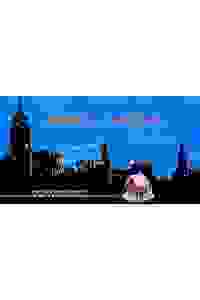 Children of all ages are invited to join F.A.C.T. (Friends Always Creating Theatre) in celebrating their 10th anniversary season with a remounting of their 2013 production of "Hansel & Gretel Christmas." More…

In this retelling of the popular children's story, the two wandering waifs end up in NYC at Christmas. The piece talks of love and family; understanding and encouragement; and is a perfect vehicle to share with the whole family.

See it if If you want to be taken to a far off place. For people of all ages. You want your kids to laugh.

Don't see it if You want serious theater. If you dont like a play for kids.

See it if You’d like to see a modern version of the story. I’ve seeb show with 3 kids and some references were confusing & not child appropriate

Don't see it if You are not a big fan of intimate theater with no props, mediocre acting, modern adaptation of a classic story

Also I found the play not so entertaining for the kids. Before and after the show was more fun (a lot of christmas carol singing with the kids and photos taken after the show were the fun part of it) the kids did not enjoy the show itself.... Read more Read less

See it if you want to support nice actors.

Don't see it if you are looking for an engaging telling of a story.

See it if you have kids to bring for a simple (mini) theater experience. The story is similiar yet different in a fun and updated holiday version.

Don't see it if you expect big production value. This is more like an introductory theater but its smal venue makes it cozy & more personal esp to the kids.

See it if If you love a new take on fairy tales. If you want a sweet and entertaining show for the whole family.

See it if you have children, and like intimate theater experiences.

Don't see it if you are looking for a lavishly staged full Broadway musical.

See it if Such a cute story for kids.

Don't see it if You don't like children stories.

See it if Bring a child with you. They will enjoy it. The Step Mother character was very funny.

Don't see it if you expect a Broadway style show. Minimal set & costumes.

Don't see it if you yearn for a beautiful, sparkly holiday-theme set or if you expect to see a well-developed, put-together production.

Also I actually enjoyed the story & ended up caring slightly @the characters, even the grossly stereotypical one; it was refreshing to at least see a Latina character in a play. The acting was pretty good; comedic timing was even better. I wish I had been warned to expect a black box stage, no set and virtually no costumes.
The rude staff however, was difficult to ignore. My daughter & I did arrive 5 minutes late -NYC subway is impossible on Sunday. An older male usher met us at the door, as well as a woman arriving w/ a baby and 3 children. The usher insisted that there were no seats left; although there were at least 6 empty seats. He insisted that there was no place for her stroller. He was so rude to the woman that she had to remind him that she was a paying customer. When I showed him my Show Score reservation, he shook his head & insisted that we had to be seated last. The female usher, also an actor in the show, had to inform him, "They are also our customers."
... Read more Read less

See it if You want to expose very young children to live theater to see if they are ready to sit as audience in a friendly, non-threatening setting.

Don't see it if You expect to be entertained.

Don't see it if You don’t enjoy cozy theatres or classic children stories with an alternate 2018 ending.

See it if You want to be entertained by a modern twist to an old story. Audience members of ALL ages were laughing hysterically, and the actors were

Don't see it if You are expecting a lavish production or don't like children's theatre.

Also I notice in some of the reviews, people were offended by "Latina stereotypes." If they had been paying attention and had not automatically chosen to be offended, they would have noticed multiple references in the text to the fact that that character is specifically mirroring Sophia Vergara and not a generalized stereotype, not to mention another Latino character who is a good guy.... Read more Read less

See it if You want to be taken away to a mysterious far off place.

Don't see it if don’t see if your a republican.

Also Wonderful cast and especially the actor who played PepperStick. He was adoable and nailed every joke with the bat of an eye!... Read more Read less

See it if You like a modern twist to this classic in a off off off Broadway theater.

Don't see it if Latina stereo type bothers you and if you expect a big production.

See it if A totally engaging show for myself and daughters. Funny, easy to follow. Nothing dark. Evil of original gone for Silly Fun. Strong Actors.

Don't see it if You don't like Children's classics updated and made more PC. Or if you need great sets and not willing to accept just Good Performances.

See it if Parents and children will enjoy this clever mash up of the traditional fairy tale and a Christmas theme.

Don't see it if You only like serious adult theater.

See it if It is very funny and does a very interesting modernization of a legendary Fairy Tale. It takes place in New York, in odd circumstances.

See it if you want to feel happy and see actors do what they love! The actors were very engaging with all of the audience, not just the children.

Also Just before the show started, there was an issue with a woman with several children showing up to the theater late, she also had a double stroller that would not fit in the elevator. The cast did an amazing job entertaining those of us in the audience (who showed up on time) while trying to accommodate the woman in any way they could. The cast was professional and fun. Whoever decided to have us all sing Christmas Carols while we waited is a genius. Couldn't we all use a sing-a-long every once in a while? Well done cast! I should add that none of the audience knew what was transpiring in the lobby while it was actually going on, but found out as we exited the theater and the drama was still unfolding as we left.... Read more Read less

See it if You want a heartwarming, and wonderful way to begin your holiday season with a delightful adaptation of a classic fairy tale. Good for all

Don't see it if You are not open to new versions of classic stories.

See it if wanting a show that both you and your child can enjoy. As far as the performers go, totally captivating! I left wanting a sequel(or prequel)

Don't see it if you are not open to seeking out a smaller production (Off- B'way).

See it if You like funny/clever writing & talented actors! It's really cute show that is fun for kids AND adults! Loved the new modern version.

Don't see it if No reason not to. It's great for the holiday season!

See it if you love holiday favorites like Elf, or Enchanted. You will get your old school fairytale favorites dropped into modern day life!

Don't see it if you don't enjoy children's theatre.

See it if You want to be entertained

See it if Mr.Dyville knows how to fracture a fairy tale and make it more palatable for modern times. The audience truly enjoyed themselves .

Don't see it if No complaints here.

Also The actors had a great sense of comic timing and you could see their enthusiasm in being part of this confection of a witty, sugar and spice, and not everything nice story.... Read more Read less

See it if you enjoy a show for adults and children alike. Minimal set; but charming, funny characters and great performances more than make up for it

“The show seems to revolve less around the characters of Hansel and Gretel, and more around their evil stepmother, who is a Latina woman...It seems to perpetrate some of the worst stereotypes surrounding the Hispanic community – particularly Hispanic women...Then, there’s the rest of the show, wh...
read more
Get Alerts Alerts On Alerts Off 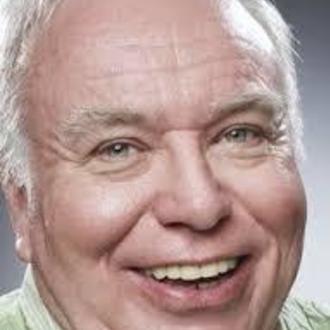 Jack Dyville
Playwright
Get Alerts Alerts On Alerts Off