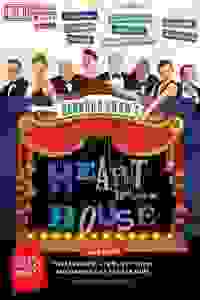 In this new adaptation of Shaw’s play, it’s the first days of the London Blitz. With the performance interrupted, the cast and audience have joined together to seek shelter in the theatre’s basement.

See it if Great acting all around, though the 3 women steal the show. :-) First 2 hours are fun, funny, smart and fast-paced​.

Don't see it if The last 40 min (3rd act?) did stretch it too long and was very slow. Read more

See it if You want to see some great performances by an amazing cast. Great female characters.

“A crisp and fizzy comic wake-up call to a society drifting toward self-destruction...The play’s potential for resonance in our own time is enormous...Yet Staller’s unfocused production never answers the fundamental question for any revival: Why now? Even with such a tantalizingly talented cast, the play feels disrupted and undermined by its framing device...The portrayals feel like they come from different dramatic worlds.”
Read more

“Shaw’s play is a hellishly difficult combination of portentousness and froth...Staller desperately wants us to have a good time; he adds sing-alongs and gives us the divinely silly Hiller...But the ensemble...simply can’t locate the play’s comic spark...No one can agree on how big to play, how goofy to be, how broadly to wink. This proves fatal for both the farce and the polemic. In a Shaw play, if the match doesn’t light, the gunpowder won’t burn.”
Read more

“Staller has taken on ‘Heartbreak House’, one of Shaw’s most challenging plays, with altogether extraordinary results...This version is a conceptual staging, one whose ingenious framing device intensifies the effect of Shaw’s text instead of smothering it...A high-quality ensemble cast...Staller’s direction that gives wing to the show...A uniquely satisfying production of this great but hard-to-stage play...One of the two finest Shaw stagings of the past decade. Do not miss it."
Read more

“This WW II scenario is not what Shaw had in mind for his trenchant antiwar comedy...Yet Staller has cannily, though not always successfully, adapted the play to make it what Shaw may have first conceived it as...Staller's take sometimes sacrifices the play's comical moments for the sake of this frame-story innovation, but it does make a good case for 'Heartbreak House' being a cautionary tale for our own times...Despite these fine performances, Staller's direction stumbles at times.”
Read more

“Staller's staging has a twinkle in its eye so pronounced that the play's darker intentions are thoroughly erased...The chief delight of this production is Fraser...Everyone else -- all of them usually highly capable -- fall somewhere in the middle...The rest of the production is solid...The idea of staging ‘Heartbreak House’ in wartime London must have seemed incendiary, but the effort has backfired: The framing device adds nothing, and the direction is distressingly staid.”
Read more

“A batty and ultimately disappointing production...Not anchored to a consistent acting style, the play’s metaphoric voyage as a ship of English fools sailing towards the rocks of world war unfortunately gets lost in the fog of Staller’s busy, somewhat slapdash, production. It would have been better for everyone, especially the audience, had Staller dropped that half-baked, time-wasting, 1940 frame and focused instead upon staging the play and its actors with greater judgment.”
Read more

"Ultimately, the play remains the thing here - and Shaw's extraordinary ability to share his philosophical viewpoints on England's class system, the dangers of capitalism, and the difference in how men and women view the world while still crafting a deeply involving story about the foibles and virtues of an eccentric family comes through as loud as any wartime bomb."
Read more

"The problem is that none of this has anything to do with Shaw's play which is a prediction of the coming dissolution of leisured, upper-class society. And Staller's unfocused production which permits the actors to use many different styles does not help. The version being used is reported to be the first production of Shaw's original 1914 text which was later revised for the play's world premiere in 1920. It is most noticeably different in the third act giving the play an alternate ending."
Read more

"Staller is a genius at casting. The performers not only flesh out characters that could be caricatures, but have voices, know how to use them, and have impeccable diction. We hear and understand every blistering witticism...The glittering witticisms are brilliant gems, but like a mound of pearls that need a string to turn them into a necklace. The convoluted plot provides no forward thrust. The play is overlong one wishes the bombs had fallen a half hour earlier."
Read more

“In hands other than those of the Gingold Theatrical Group...of David Staller could be seen as a bit loopy. It is, however, enjoyable, largely due to a troupe of performers who flip the flippant dialogue and the silliest of situations in this anti-war masterpiece on its ear...’Heartbreak House’ remains chock full of explosively funny dialogue and hosts a bevy of feckless characters who woefully define a frivolous society."
Read more

"Directed with neatness and uniqueness...The crew greets destruction with a muddled awareness, and the lines of play–acting and bomb–sheltering gets blurred in the final moments. It’s a tad confusing, to say the least, but this nod to the overarching theme lands; that those in power, the cultured and leisured elite, personified by this complicated family, are failing to safely navigate society through rough watered destruction on all fronts."
Read more

"The challenge in presenting Shaw's plays now is to blow the sediment off of them...Staller achieves this not through an erroneous framing device he has placed around the play, but with casting that, for the most part, allows skilled actors to revel in Shaw’s wordplay...The effect of the play-within-the-play could have been achieved through design and staging without fashioning a new scene to support it."
Read more

"This production, though meticulously designed and competently acted, simply doesn’t strike me as the best introduction to the play for those who have never seen it before, given its presentation of a 1914 setting through a 1940 filter. Even devoted Shavians might wonder why Gingold’s experience with the play in 1940 is enough reason to impose this framing in 2018."
Read more

“I have fortunately never been sequestered to a bomb shelter or basement in times of war. But if I were, I might consider braving the consequences rather than enduring Shaw’s rambling family/socio-political comedy...This isn’t to say this production is without merit, thanks, in large part, to several stand-out performers that nimbly navigate the text...Shaw was onto something, perhaps too many things — its message further convoluted by a setting that diffuses the work rather than igniting it.”
Read more

"Staller's revival…has ignored the playwright's control-freak tendencies by goosing the play within a lightly entertaining, if questionably necessary, premise…The playwright's verbal wit and mental pyrotechnics predominate in a play that has very little plot and is essentially a series of theme-laced speeches…Staller's brisk ensemble consistently juggles Shaw's words with comic verve, managing to squeeze enough of the play's intellectual juice to make the production viable."
Read more

“The play’s themes of global conflict, corporate greed, social standing, and political corruption, still ring true...Ziemba, is at the center of the piece as the bohemian who has never conform to society’s standards...But it is Hiller who hilariously chews the scenery as both Randall and the housemaid, Guinness and the robber...In a world where we turn on each other for differences of opinion. Where everything seems corrupt, amoral, and on the brink of war...’Heartbreak House’ is a welcome.”
Read more

"Shaw’s dramatic ruminations often have the wit to leap across years...In addition, he creates colorful characters to reveal his thoughts, and in the present case, an entertaining cast delivers the main course tastily despite the unnecessary trimmings...While the play is certainly not Shaw’s best and it gets excessively talky at points, it does flash wit and has the ability to be entertaining when properly acted, as is mostly the case here."
Read more

"Staller has added an anachronistic framing device that opens the evening in the basement of a London theater during WWII...This turns out to be a very smart idea. It excuses a mix of acting styles and some mismatched costumes since the framing device calls for the fictional theater's backstage staff to take on roles in Shaw's play...Perhaps most importantly, the device creates a we're-all-in-this-together spirit...The production isn't afraid to have fun."
Read more

"Shaw’s dialogue remains dense and argumentative, brimming with big ideas and ripples of humor. Unfortunately, though, the air-raid framing device—novel as it may be—backfires...When it comes to Shaw’s intent, most instructive and impactful were the notes in the program, not the action onstage. Try as they might, great performances all around are not enough to unify the tone and deliver the message of this play in this new adaptation."
Read more

"Shaw is still timely, almost uncannily so...Staller has taken liberties with this production, although based on research. From various versions and examination of other documents, he has borrowed bits to fashion the script...The framing may seem unnecessary, as do moments of music hall sing-along, but it all works well...The cast manages to bring out the brilliance of the dialogue while skirting archness."
Read more

“A delightful romp with enough slashes of black and gray to be as pungent as Shaw himself...A versatile cast...The first act has sluggish moments, before picking up the pace again. The second act, as well, stalls in the final unweaving of various love affairs, marriages and non-marriages. Yet, in all, David Staller brings out the relevancy of G.B. Shaw's diatribe against war coached in hilarity and eccentric characters against, in the distance, the threat of destruction.”
Read more

"The actors in this current production are absolutely top notch with Karen Ziemba the most surprising to me because I’d never seen her except in musicals...She is matched in intelligence and scope by Alison Fraser...Not a lot happens; but there’s a lot to be learned; and all that information is spooned out with the help of the surprising, informative, and entertaining words supplied by then young Master Bernard Shaw."
Read more

"Such a strong conceptual setup, and such a weak follow-up, reeks of gimmickry. Furthermore, without a strong guiding vision, much of the action feels static, despite an abundance of hijinks."
Read more

"Unfortunately, this approach makes the show thin and silly, with little in the way of guts or hearts. By focusing on the Wildean aspects, Staller ignores the Shavian/Chekhovian aspects that could/would add up to a stinging critique of humans, our inability to stay out of war, and the idiocy of our romantic lives...The performers are uneven and seem to be in different plays--none of which is necessarily 'Heartbreak House.'"
Read more

"Shaw’s stinging social commentary is clearly played out...Staller’s concept allows the cast to go over the top with their characterizations and find the rhythm and timing that is highly entertaining and intellectually engaging. This amazing cast draws you in with humor, and before you know it, you are absorbed in Shaw’s dark and truthful themes of human nature...This Gingold Theatrical Group production is well conceived and impeccably executed."
Read more