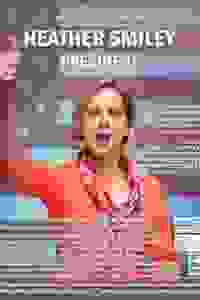 Theater for the New City presents the world premiere of this musical comedy about a female presidential candidate and her campaign.

As timely as today’s headlines, this musical tells the story of Heather Smiley, a female Democratic candidate, as she struggles to present herself in a winning way against a growing field of Republican and Democratic candidates. Her husband, Bob, who has already been the President, supports her equal right to also be the President. As one lyric states, they’ll be “the first mates to be Presidents of the United States.”

See it if The cast is enthusiastic and charming.

Don't see it if The music lacks interest.

"The only bright spot is the cast’s enthusiasm, which almost compensates for what the book, lyrics and music lack. Even though this parody adds nothing new or insightful, were the production only an hour long it might be moderately palatable. But at nearly two and a half hours it feels interminable. 'Heather Smiley For President' starts out on shaky ground then proceeds to push beyond the limits of acceptability and endurability."
Read more

"This production is a kind of a reality television series, meets the news, meets political satire meets musical theatre, and it feels very familiar. There are many clever one-liners and political punning that is satisfying...I personally found the piece a little too wordy and long. It would have perhaps been more powerful as a strong, well-pruned, one act. The musical arrangements tended to be very similar, and I longed for one strong showstopper and a very memorable refrain or reprise motif."
Read more

"Attea and composer Arthur Abrams have managed to improve upon something already amazing, what I would call a MUCH lighter episode of 'House of Cards,' and infused it with catchy songs that will be pleasantly stuck in your head for a couple of days...The play has the feel of a large ensemble cast but with only a fraction of the actors, which makes it fun and intimate. Whether you’re well-versed in politics or not, 'Heather Smiley For President' will keep you entertained."
Read more

View in admin
A
Nickolaus Hines

"Contrived is the only word to describe the way the actors methodically repeated each line with stock over-emotion for much of the musical, and a 'cheerleading' break only extended my misery and visceral disappointment at having to experience a play I would not sit through again even if paid to do so...If two-thirds of the book were cut, perhaps a repeat of today's headlines would be bearable, possibly even funny."
Read more