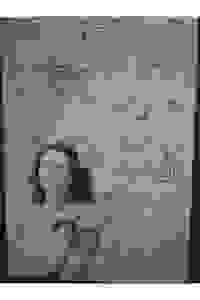 A bioplay about the famed film and TV actress who co-invented a technology that might have contributed to victory in World War II. Part of Theater for the New City's Dream Up Festival.

Movie Star Hedy Lamarr and her partner, Composer George Antheil Invent and Patent Frequency-Hopping in 1941, A system of electronics used today in our cell phones, Wi-fi, Drones and Satellites, A Billion Dollar Industry.

Married to a weapons industrialist, Hedy heard about Wartime weapons. She wanted her invention to be anti-nazi submarines and submitted it to the navy during World War 2 where it was rejected.

Although a millionaire, with 6 husbands, 3 Children she dies unrecognized for the invention alone, in debt, and heartbroken.

See it if to learn a little about her contribution to the science & her disappointment on initial rejection & a bit more about her personal life.

Don't see it if lots of scene changes, breaking the fourth wall, lighting changes or background sounds interfering w/hearing accented voice are not for you.

See it if Tell you about her marriages. Tells of movie years.

Don't see it if This touches very litter about frequency-hopping. Touches some of her life. Read more

See it if Honestly, the only reason I can imagine to see this is because it does tell the story of Lamarr's life. And she did have an interesting life

Don't see it if you expect a well-written play & competent acting. Actors were amateurish and didn't know their lines. The play was not performance quality.

See it if you have a strong interest in the many marriages and screen career of Lamarr.

Don't see it if you're expecting a fascinating story of the invention mentioned in the title.

See it if you're a fan of Hedy Lamar and would like some interesting background info about her.

Don't see it if you're not interested in the late, great movie stars. Don't enjoy small theater performances Read more

See it if You don’t mind low budget off off off Bway plays with an interesting subject matter of Hollywood Star Hedy Lamar and her life /inventions.

Don't see it if You want a gripping piece of theater, want a stellar cast, have seen the doc Bombshell or recent books about her fascinating inventor status Read more

See it if You are interested in the life of Heddy Lamar and the life of women in acting of that era.

See it if you're curious about Hedy Lamar's interesting and complex life or you enjoy shows that highlight the lives of women.

Don't see it if you want any real understanding of Lamar's life beyond her many disappointing marriages. I hoped for context for her scientific interest.