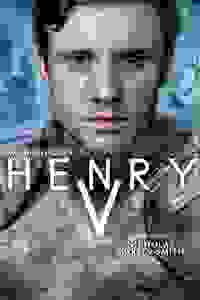 Hudson Warehouse presents a  free outdoor production of Shakespeare's epic war drama about one of England's most legendary kings.

The horrors of war throughout time have changed little, and that is made apparent in this production of 'Henry V.' Led by a wartime correspondent as chorus, we watch as King Henry of England positions himself politically and embarks on a bloody military campaign in his quest to take what he believes is rightfully his: the crown of France. There the Dauphin, the Princess of France, prepares for battle. Part of Hudson Warehouse's 14th season presenting classics to the public in Riverside Park. Tickets are pay what you can.

See it if you like outdoor WS (I do). HWrehse is less polished than other companies, but some good actors (eg Henry, Dauphin). Some gr lines/speeches

See it if YOu like your Bard up close and personal.

Don't see it if If outdoor noises distract you.

See it if Shakespeare outdoors, especially in nyc, is a very unique thing to do. Great production. Love Shakespeare. Show is good. great acting.

See it if You'd like to spend time in a lovely part of Riverside Park.

Don't see it if You want to see a high-quality, polished, well-informed production. Or if you dislike fake blood.