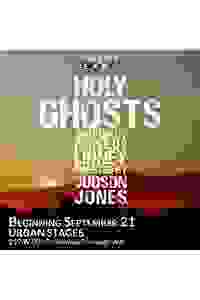 Romulus Linney’s drama sees a group of faithful, broken Pentecostal outcasts finding solace, understanding, and strength in one another as they wrestle with their own serpents and discover their divinity. More…

Fleeing an abusive marriage, Nancy finds herself surrounded by a religious flock and their charismatic shepherd. When Nancy’s husband, Coleman, hunts her down, battle lines are drawn and a fiery war begins.

See it if You like large ensemble pieces that start out seeming like one thing but eventually reveal some truths that are real eye openers/plot twist.

Don't see it if You’re not willing to open your mind to some pretty out there ideas as rational and as reasonable ways of coping.

See it if Story of wife leaving abusive husband and accepted in Church base community. good acting.

Don't see it if A bit long and a lot of yelling. If abuse bothers you and the story line does as well.

Don't see it if you're turned off by shouting & histrionics; you hope for a denunciation of religious extremists [The religiosity is depicted with respect].

Also Although there's a narrative at the center of Holy Ghosts (about a young couple having marital problems), the structure of the play suffers from the sometimes compelling & often tedious device of having every single character (in a fairly large cast) testify. But the play is well-cast, the performances are authentic & convincing, and the production is ultimately thoughtful & rewarding.... Read more Read less

See it if you’d like to take a clear-eyed but sympathetic look at a slice of rural, religious America that doesn’t often make it to the NYC stage.

Don't see it if the thought of sitting through big chunks of a Pentecostal service makes you queasy.

Also The script to the acclaimed playwright Romulus Linney’s early (ca 1971) effort, “Holy Ghosts,” has flaws. The central couple, strongly drawn, start out yelling at level 10, so it’s hard to crank it up from there, & we never quite feel that they ever were in love. For a stretch of the play many attendees at a Pentecostal service that occupies most of the playing time tell their stories in turn, which starts to feel formulaic. But what a thrill it is to experience a stage full of shouting, singing, flawed but passionate people! Linney at the same time empathizes with his characters & x-rays the potentially abusive power dynamic among a group of rural poor & the man who would lead them to salvation. All the players distinguish themselves, but Oliver Palmer’s meltdown is heartrending, & Alston Slatten is so angelic in his NYC debut that I would love to see him play a louse. Thanks to Theatre East for taking this sympathetic look at a class of people that theater often forgets.... Read more Read less

Don't see it if you do not want to be subjected to a specific religious view that includes bible interpretations, a long service, including hymns and prayer

See it if you enjoy a character driven plot with dramatic twists. Well presented with some lovely monologues.

Don't see it if old fashioned well made plays are boring for you. This one is a bit longer than it needs to be.

See it if A woman who is finding peace thru a Pentecostal church. Each member of the church tells their story of how they came to this church.

Don't see it if Too long of a show. If you have a problem with God, Faith.

Also I like the singing hymns. What I did not like is that one character they called Cancer Man.... Read more Read less

See it if If you love being preached +screamed at for 2 hours this is the show for you ! If you love watching typical struggles of good versus evil go

Don't see it if If you are want to see a decent piece of real theatre. This is more like an endless slog in a fundamentalist church service.

See it if you are interested in what drives people to turn to extreme religious groups for comfort; you enjoy a well acted and written drama

Don't see it if you only like musicals; or need a big splashy production or big name actors in a drama; you have an extreme fear of snakes (real or not)

See it if If you’re a Romulus Linney fan. This is a really great small production with a great cast.

Don't see it if You’re looking for something light or a musical.

See it if Young wife flees abusive husband and seeks solace in a healing religious community that accepts all the flawed people who enter its doors.

Don't see it if It may be hard to see and generalize the power of faith and the healing found in community given the offbeat, cult-like sect portrayed.

Also The snake handling and poison drinking Bible verse may have been a later interpolation and not part of the original Word; “testing” it is not accepted by the main stream.... Read more Read less

Don't see it if not interested in a play that shows faith helping people & gives them a sense of community; a long show with frequent shouting

Also The Pentecostal service is spontaneous so the frequent shouting goes with the story. There are also impromptu hymns (which are lovely), prayers, & speaking in tongues. I found the service fascinating.
The play (2 hours with a 10 minute intermission) needs trimming. Some of the characters & dialogue seem very forced.
It would be nice if the character played by Jerry Colpitts was given a name other than 'Cancer Man.' The other characters have names.

See it if you want to understand more about snake handlers and what draws people to do this. Strong performances and insightful characters.

Don't see it if you hate Christian music or religious themes.

See it if You want to feel like you're at church, enjoy some great music, singing and acting. You want to see what can happen in religious settings.

Don't see it if You are offended (you shouldn't be) by a performance about the Pentecostal faith. You don't want to feel like you are in church.

Also I was totally entertained at this performance. I enjoyed the singing and I felt like I attended church at this performance. The performers did a great job. The singing was very good. This play was very believable and well done. There were some twists and turns along the way which I did not expect. This was a great way to spend a few hours. You don't have to be a religious person to enjoy this play. I don't think it matters what your religion is but this play will make you think about how people can behave in a religious setting.... Read more Read less

See it if you like plays that explore humans using religion to help cope with their interrelationships, emotional states and psychological health.

Don't see it if dislike struggling with how to interpret themes relating to people's attitudes toward atypical religion in rural America.

See it if you're interested in strange religions in the rural South. A large cast acquits itself well. To discuss this further would reveal spoilers.

Don't see it if you don't like shouting actors. I was in the front row so that might have added to the high noise level.

Also There are several musical interludes -- hymns -- performed quite well.

See it if you'd like a glimpse of a Pentecostal service. Church starts 30min in. You're immersed in prayer, song & testifying, while story continues.

Don't see it if you don't want to sit thru 2hrs of intense arguing, even thru 90min church service. You should. Book has interesting resolve & conversion.

...during Thursday nite's show. No clue if they were Pentecostal or just feeling the spirit. You don't have to be Christian to see this show.

W/o spoiling much, there's a bit of speaking-in-tongues & simulated (invisible) snake-handling. We were pleasantly surprised they took us there. Made it all come together, especially the poignant Holy Ghost slow-mo moment near the end.

Don't see it if you aren't willing to endure being screamed at most of the 1st act;some actors were unintelligible at times.

See it if You're up for well-cast, fine performances in a weak, too easily predictable script with too many hymnal stops along the way that add little

Don't see it if You can't suspend disbelief.

Also It's unfortunate that the best line in the evening came from director Jones in his introductory remarks before the show, to wit that it's "in empathy that we discover our divinity."

Simply mulling that over was worth the price of admission, which sadly made all the words and the fifteen voices that came after pretty superfluous.

The cast was all-in, committed, present and convincing, but that just served to highlight the flaws in the writing, plot and pace. Linney may well have intended a meditation on belief, faith and religion, but too much time spent on exposition, services and hymns left his characters bereft of choices.

See it if you're interested in plays that are essentially just monologues strung together with a thin through line.

Don't see it if you are uncomfortable with foul language or want a more profound play.

See it if an ensemble drama set in present day & immersed in a congregation's effort to ease one another's pains intrigues, or you're a fan of Linney.

Don't see it if you shy away from topics relating to religious fervor & practices, or to domestic abuse; you'd prefer light, comic fare & more linear story.

See it if you want to see a large cast show, which is rare in such a small space. Nicely acted, well staged, quite absorbing and atmospheric. It works

Don't see it if you are bothered by religious subjects, you don't care about southern rural culture, you don't like rather slow-moving and developing shows.

See it if You want to see a well performed, well directed and well acted play showing the need for community.

Don't see it if you dislike plays about religion.

Also The play was excellent, but could have been somewhat shorter.

See it if it's a noble effort by a plucky group of actors to breathe life into a play that doesn't quite work. Some performances are strong.

Don't see it if The play is both difficult and weak. The exposition is artificial; the stage is stuffed with people who take turns delivering monologues...

Also Several of the actors need to control their volume in the small space: louder is not always more convincing. Several actors are inadequate.... Read more Read less

John 74
New York City
65+ | Male
209 reviews
Get Alerts Alerts On Alerts Off
90
Absorbing, Great acting, Great writing, Intense, No matter your opinion of backwoods "holy roller" religion, it will be challenged and deepened by this compelling drama. a must see,
September 25th, 2018

See it if You needn't be religious to be riveted by this play--in fact it's better if you aren't. I didn't think I'd like it but it blew me away.

Theatre East
Producer
Get Alerts Alerts On Alerts Off 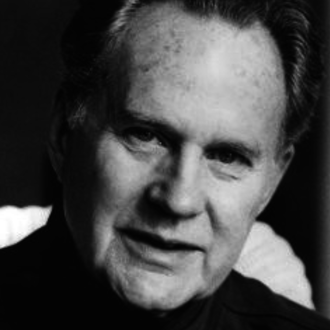 Romulus Linney
Playwright
Get Alerts Alerts On Alerts Off

Judson Jones
Director
Get Alerts Alerts On Alerts Off 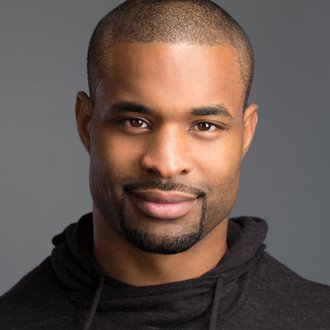 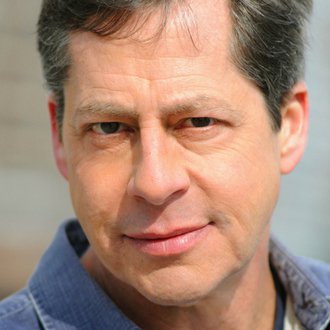 Jerry Colpitts
Cancer Man
Get Alerts Alerts On Alerts Off 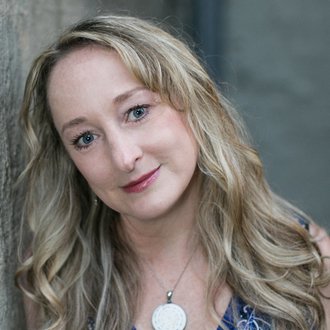 Lori Fischer
Bonnie Bridge
Get Alerts Alerts On Alerts Off 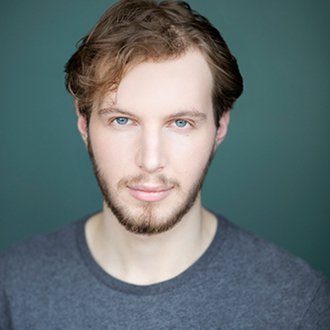 Brandon Fox
Howard Rudd
Get Alerts Alerts On Alerts Off