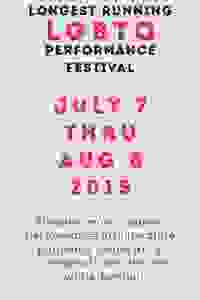 Crowned “The BEST LGBTQ Theater Festival in New York!” by The Village Voice, HOT! is the oldest annual festival of its kind in the world. This year's offerings include 'Of Cake and Vanity,' in which a man is consumed by the beast he is so obsessed with – a sexy, sweaty, gay body; 'Michael Jackson Was Innocent and I Didn't Kill Jon-Benet Ramsey…But I Was There The Night She Died,' which uses found and original text to tell the story of corruption, wealth and tabloids from the eyes of a 12-year old boy; and 'Pop Out,' a musical memoir of America’s First openly gay pop star.