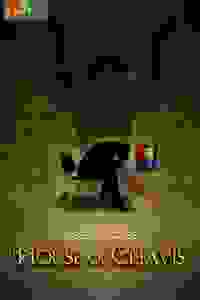 The story of a father coming to terms with his queer child through their emergence on reality TV.

When a father discovers his estranged son is competing on a reality television series as a drag queen, he must come to terms with how little he now knows about his family.

Vernon hasn’t seen or spoken to his son Vincent for eight years, not since the traumatic incident that drove the boy away. But when a film crew shows up, he is thrust back into his son's life and the spotlight.

A funny and moving examination of the forces that bring families together, both biological and chosen, as well as those that drive them apart.

See it if Are part of the LGBTQ+ community and are moved by a universal story playing out in a unique way. A Father’s struggle with accepting his son

Don't see it if You do not like LGBTQ+ themed plays.

See it if You like great acting and plays with humor that pack an emotional wallop. Also, it’s not long, so get out early enough for dinner lol.

Don't see it if You are not human.