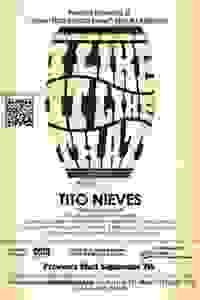 The Rodriguez family is living in New York City’s El Barrio in the early 1970s, when music was a proud expression of Latino culture amidst neighborhood volatility and social activism. The story centers on patriarch Don Roberto, who tries to instill good values in his children, and faces down the grit and chaos of the era. He works hard to hold his family together, and all the while music and imagination keep their souls afloat. Featuring classic songs by Tito Puente, Eddie Palmieri, Willie Colón, Héctor Lavoe, Rubén Blades, Johnny Pacheco, Pete El Conde, La Lupe, and others. Mostly in Spanish with English supertitles.

See it if you love Latin music. This jukebox musical is poorly plotted, but delivers lots of strong singing and dancing. Lots of stereotypes.

Don't see it if you don't know Spanish; ILILT is fully bilingual. The plot's thin; characters are sketches. Heavy and light moments seesaw.

Also I rated leniently since I am not the target audience.

See it if you speak Spanish, especially if you lived in NY in the 70's and have great affinity for Spanish songs. They are excellent. Subtitles-AWFUL!

Don't see it if you don't speak Spanish. The subtitles are way too small and often just not there. When there, they are far too formal, often make no sense.

See it if You like latin themed family dramas. You can join the audience's love of this music and dont need a strong plot to hang the music on.

Don't see it if You dont like subtitles, obviously if you dont like latin music. Or tales of El Barrio

See it if you like Latin music and are interested in stories about El Barrio and its culture.

Don't see it if you do not like Latin sterotypes or do not care for puertorican music.

Don't see it if YOU DO NOT LIKE SINGING AND DANCING LATIN STYLE. YOU DON'T WANT TO LISTEN TO SPANISH DIALOGUE AND SINGING. YOU DO NOT WANT TO BE ENTERTAINED

Also THERE WERE TIMES WHEN I COULD NOT FOLLOW THE DIALOGUE BECAUSE I AM NOT FLUENT IN SPANISH. THERE IS ENGLISH WORDS ON A SPACE OF THE STAGE WALL BUT AFTER A WHILE I STOPPED READING IT BECAUSE I FELT I WAS MISSING THE ACTING. I STILL THOROUGHLY ENJOYED THIS PERFORMANCE. THERE WAS ENGLISH AND SPANISH SPEAKING. FIRST I WAS A LITTLE FRUSTRATED BUT WHEN I DECIDED TO FORGET ABOUT THE WORDS AND ENJOY THE PERFORMANCE ALL WAS WELL. TRULY ENJOYABLE. GREAT SINGING AND DANCING.... Read more Read less

See it if you enjoy melodic, rhythmic Hispanic music and book brilliantly performed, regardless whether you understand Spanish or can read subtitles

See it if You want to have a fun evening of theatre with lotsa rhythm and heart. You'll be up on your feet dancing by the end.

Don't see it if You want to see a serious play or have trouble following along with a show that uses English and Spanish with English subtitles.

See it if you like Salsa & Latin music. Richer & funnier if you're Latino or know Spanish but it's not necessary for this fun, joyously performed show

Don't see it if you dislike Salsa, Latin music, PR culture, NY in the 70's or the rare chance of seeing this fun and hugely talented cast and amazing band.

Also A show celebrating the rich history of NYC's el Barrio and the Salsa music that originated there is long overdue, as is note of the Puerto Rican contribution to NY’s music & culture; & while this show may not be the ultimate crossover vehicle, it’s a terrific start.
Jukebox musical & warm family drama that showcases the talents of its remarkable cast, it plays to its base, but reaches out to include all and transcends language with its universal warmth.
Though the show's thin book may have the heft & depth of an episode of the Jeffersons set to music, there’s a darker, political undertone here. NY in the 1970’s was a very different & dangerous place than its present Disney, gentrified version, large sections of the city neglected and ignored by its government, as were its minorities.
A different show might have dealt with those issues head-on, but here that history is factual backdrop that showcases instead the sort of music that for some made living through that period bearable & fun

See it if you like salsa music and want to see a show more for the music than the plot, which was thin and trite. Creative use of a simple set.

Don't see it if you don't speak some Spanish (or don't mind not catching everything). Spanish lyrics and some dialogue projected on the wall but hard to see

See it if For salsa fans, a great little musical. For those of us familiar with Tito Nieves and his musical predecessors, you will love it.

Don't see it if you are clueless about the Bronx & PR/Latino musical legacy; didn't like 'In The Heights"

See it if You love salsa music & the PR culture or want to know more, want to hear great music or to have great night out w score to move your feet.

Don't see it if You hate having to translate, subtitles are really small and incorrect, if you need to know what every word means,

Also Truly enjoyed this show as I am a fan of Tito Nieves. Such great memories growing up Puerto Rican and visiting places they spoke about. Loved that the audience held same memories as references were easily identified, such as "Delancey" "Valencia bakery", "la Marquetta" and the nosy neighbor. Great singing and great songs of yesteryear.... Read more Read less

See it if If you like listening to salsa music for over two hours with actors who are not good, except for 1 female dancer, and 1 female singer.

Don't see it if If you are used to good singing and dancing.

See it if If you like Latin music and want to laugh. Culturally appropriate for all.

Don't see it if You don't want to read some subtitles. (Not that many) or are not a fan of musicals or Latin music

See it if you want to have the time of your life and enjoy the great salsa hits from the 70s.Great ensemble cast ,exuberant music,and Tito Nieves!

Don't see it if you don't like to have fun.

See it if Like Latin music and easy evening out. Older actress is a comic gem- wish she was on more

Don't see it if You do not exhuberant but frequently amateurish production. Very poor story line

See it if You are a salsa fan, enjoy great musicianship and singing, can enter into another cultural time and place and have mucho fun!

Don't see it if Can't deal with not understanding the Spanish lyrics and the seemingly hysterical Spanish asides; you like staying in your own cultural box

See it if you speak Spanish (subtitles available, but you still miss stuff), you like Latin music (specifically Salsa), you like Tito Nieves

Don't see it if you don't speak Spanish and don't care for Latin music. It's basically a jukebox musical featuring Salsa hits with a very thin story

See it if you enjoy salsa music and understand spanish -- the songs are all in spanish and the subtitling (projected onto the stage) is inconsistent.

Don't see it if you are not fond of loud, exuberant audiences -- expect alot of Wepa! outbursts throughout the performance.

Don't see it if It drives u crazy 2 miss out. 100% of asides, all jokes from which deep laughs came etc, were in Spanish. U feel excluded & don't want 2 be~

See it if entertaining, with a Latin musical score rhythmic and sophisticated, and a compelling story.

Don't see it if can’t hear due to a medical condition.

See it if you understand Spanish or like Spanish music and dancing.

Don't see it if you don't understand Spanish as you will miss a lot of the dialogue.

See it if you love salsa music, ingenious scenery, and a talented bi-lingual cast of great singers and dancers. It's a great show for Spanish speakers

Don't see it if you get annoyed not understanding all of the dialogue. This show is great theater anyway.

See it if You enjoy salsa and are into the culture of The Barrio of the late 70's.

Don't see it if You don't have a working knowledge of Spanish. A lot of the dialogue is lost to non Native speakers. Translations not enough.

See it if you enjoy Latino culture and music, family drama, and stories set in El Barrio.

Don't see it if you dislike Latino culture or dislike the Spanish language.

Also The cast and orchestra did an amazing job! Subtitles are available if you don't understand Spanish, but I think you will definitely enjoy it more if you knew some Spanish.... Read more Read less

"It's a delightful jukebox extravaganza certain to have you on your feet by the end of the show...'I Like It Like That' suffers from many of the same flaws seen in other musicals that attempt to shoehorn a parade of hits into a manufactured plot: The exposition is clunky, with no plot line gettin...
read more
Get Alerts Alerts On Alerts Off
"Audiences at jukebox musicals can be remarkably forgiving; mostly they just want to hear the songs they know and love. So it is with 'I Like It Like That'...The songs are delivered with brio by an an excellent band and the cast...It's hard not to feel that a fine opportunity has been squandered;...
read more
Get Alerts Alerts On Alerts Off
"Maldonado and Jáquez have crafted a flavorful and sturdy scenario that, though hackneyed, is emotionally involving. Most importantly, they’ve created a framework for the performance of over 30 salsa songs...The combination of Jáquez’s solid direction and lively choreography yields a fast-paced a...
read more
Get Alerts Alerts On Alerts Off
"A lively musical about the '70s that's a true feast of salsa packed with exhilarating fun and the people’s genuine love for El Barrio...A simple, moving story set against a complex historical background...'I Like It Like That' has much to offer in diversifying New York's musical theatre scene. T...
read more
Get Alerts Alerts On Alerts Off 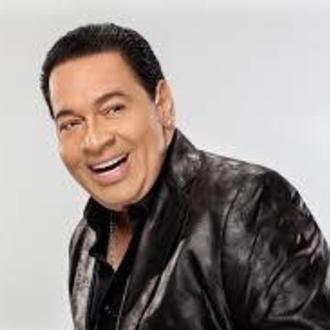 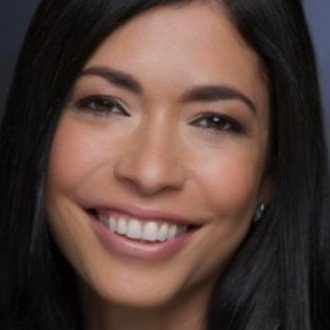 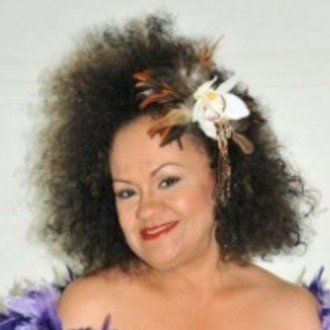 Rossmery Almonte
Cast
Get Alerts Alerts On Alerts Off 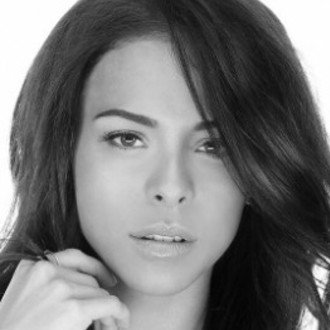 Chachi Del Valle
Cast
Get Alerts Alerts On Alerts Off