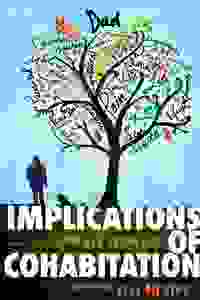 After the death of his wife, Nelson—an old-fashioned Ecuadorian father—decides to get reacquainted with his three adult children...including his daughter from an extramarital affair. He invites himself to live with each of them, one at a time, leading to wacky situations that reveal past wounds. A comedic coming-of-age story that examines one man’s choices and how they impacted his family.

Don't see it if You don't like plays about families. You want a wholly original play-this one have a few cliches. You dislike heartwarming stories.

See it if you like nice family stories. A bit cliched. A bit maudlin. Not too heavy, but not too light. Easy to watch. A worthwhile evening.

Don't see it if you want great drama.

See it if You like sitcom type plot on stage. The acting and character development were uneven. Trying to tell an immigrant family story was admirable

See it if If you enjoy light family Latino humor, with some sexual undertones

Don't see it if you don't like a show about infidelity, with sexual topics

See it if you enjoy cultural family dramedies with lovable characters.

Don't see it if you like fast-paced or flashy theater.

See it if Latino play inspired by themes of family, fatherless existence, cohabitation, and forgiveness. A dramedy tinged with Spanish dialogue.

Don't see it if Latino telenovela comedy dramas are not your thing.

See it if you want to support latina theater. You like stories about familial reconciliation.

Don't see it if you want something new. I've met every character in a different play. Some of the reconciliation is slightly too clean for the premise.

“‘Implications of Cohabitation’ is a heartwarming story despite its flaws, and is held up by Ruiz and Verduga’s well-developed relationship. However, despite the well-rounded performances from the cast, Verduga’s new play is ultimately hindered by a handful of forced moments that prevent the production from ever reaching the emotional climax the story deserves.”
Read more

"Although Ms. Vergara’s characters are well-developed on the page and although the talented cast appears to make every effort to further develop their characters on stage, the overall effect is akin to a lackluster soap opera...It appears the script itself is the problem here as well as Leni Mendez’s erratic and unremarkable direction...With time, hopefully 'Implications of Cohabitation' will find its mark."
Read more

“The multi-talented Verduga creates interesting characters and thought-provoking situations, directed here by Leni Mendez...Though the script needs an edit and some of the action in the 100 minutes with intermission could be tightened, the characters are engaging and likable. They deal with real emotions and we can relate to most of what they experience...I am looking forward to more from this theater company and this playwright is in my radar.”
Read more

"The comical misunderstandings throughout this production are amusing but the humor cannot hide the lack of believability that pops up...Even with a two-act structure, 'Implications of Cohabitation' never fully ripens...Mendez’s challenge is to bring greater authenticity to this production through natural performances and maintaining the original intention of this story."
Read more

"The plot is distinguished by several twists and turns that will have even the most gruff theatergoer weeping in fits of laughter. There is an underlying affection among the characters and a want to reconnect as a family, which feels tangible...It asks us to rethink the role of our family members and to consider how even the most unconventional family can be a unit in a time of need."
Read more

"This polished play is a quaint but intimate look into one family’s life...Brilliantly paced, as each scene moves seamlessly from one act to the next...I like these characters the most because they are outside the box, each either grappling with or trying to find their place in the world. They are humorous and quirky, but give a fantastic balance to the heavy emotional content of the overall play...This play is a true gem."
Read more