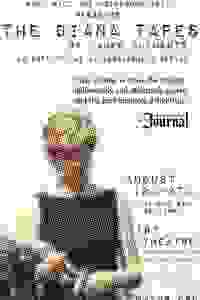 View in admin
In Her Own Words: The Diana Tapes
NYC: West Village
78
Score it Scored!

In Her Own Words: The Diana Tapes NYC Reviews and Tickets

IRT presents a thriller about one of the greatest media scandals in British history: the publication of Andrew Morton’s book about Diana, Princess of Wales.

Morton's book effectively ended Diana's marriage and shook the monarchy to its core. The question remains: who was the victim, and who the victor? 'In Her Own Words: The Diana Tapes' moves between Morton’s office, the sitting room where the Princess recorded her darkest secrets onto cassettes, and the dingy West London cafe where one of her best friends surreptitiously handed them over. The subterfuge and deception are brought to a scorching climax that changed celebrity, privacy, and the Windsor family forever.

See it if you have not been satisfied by all of the videos from the UK. A fascinating bit of Diana's tale. Score is partner's 90 and my 70.

Don't see it if you had enough re: "D". Need a large production (2 chairs and a table here) It is a bit more than one hour. Read more

See it if you enjoy great drama in a small theater. Masterful performances of real characters based on true story. You felt like you were with them

Don't see it if you don't like any story about Princess Diana. Read more

See it if You are a big fan of the late Diana and you want to see everything about her.

Don't see it if You want a more professional production. The actress playing Diana imitated her mannerisms rather than inhabit her personality. Read more

See it if you are interested in Diana and the people who surrounded her.

Don't see it if you don't care about Diana and politics

See it if You watched any of the princess Diana specials and want to see something in person.

See it if you're curious how the media & public perception is manipulated. You're curious to know more about Princess Di.

Don't see it if you find people of privilege feeling sorry for themselves annoying/ingratiating, whatever the circumstances. Read more

See it if You want to know more about Diana, you are interested by the topic and you like biographies and personal data of well known people

Don't see it if You want to have fun

See it if You loved her genuine spirit

Don't see it if You don't like the truth

"The show is just one hour long but is packed with moments that draw gasps of horror and sad shakes of the head from audience members...The dialogue between Diana and her confidante Dr. James Colthurst...is revelatory...The writing is crisp, the staging deliberately and effectively sparse, and the performances delightful...'In Her Own Words: The Diana Tapes' is unique and refreshing, something torn from the headlines and somewhat familiar, yet tense and provocative."
Read more