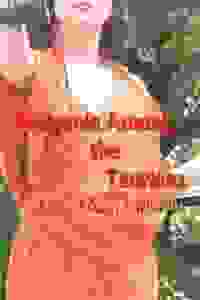 View in admin
Iphigenia Among the Taurians (FringeNYC)
NYC: Upper W Side
83
Score it Scored!

Iphigenia Among the Taurians (FringeNYC) NYC Reviews and Tickets

Part of FringeNYC: In a foreign land, where strangers are executed on sight, a captive priestess dreams of revenge…But the Gods have other plans. Muscular, contemporary language and a-cappella pop music punctuate this electrifying tale of grief, redemption, and joy.

FROM THE ARTIST:
A world premiere adaptation of Euripides' powerful and thought-provoking finale to the famed House of Atreus cycle. This rarely performed Greek tragicomedy is bolstered by buoyant contemporary language and... a-cappella pop music.

In a strange land, where foreign visitors are sentenced to death, a group of captive women dream of escape, revenge, and the homes they left behind. Saved from sacriﬁce by the goddess Artemis, Iphigenia serves as priestess in the temple at Tauris. Orestes, the last son of the House of Atreus, arrives on their shore on a doomed mission. What threads hold these desperate individuals together? Only the Gods know for sure. Led by mighty female characters, and infused with unexpected humor and warmth, Iphigenia Among the Taurians is a story of forgiveness, the unbreakable bonds of family, and the power of love over even the most potent grief.

See it if You are interested in a sprightly, sassy Euripides adaptation. Largely well acted and directed without amplification, which is a pleasure.

Don't see it if Okay, the last half hour was disappointing, with slapstick and questionable music choices. Makes one wonder where the direction got lost.

See it if you enjoy the Greeks, with the beautiful Summit Rock as the background.

Don't see it if Glee-like pop songs throw you, you need a comfortable place to sit, and/or you have hearing problems (voices tend to get lost).

See it if you want to see a refreshing take on a classic in a great Central Park space.

Don't see it if you melt during a wee thunderstorm.

See it if You like well-staged productions that, mostly successfully, reinvigorate the classics.

Don't see it if Pop songs distract you.

See it if you enjoy free theatre, being in the park, hearing well sung harmonies, want a well made faithful classical production that's still resonant

Don't see it if walking up a hill is a problem (venue is high up), bad weather or being outside scares you off, you hate classical theatre (why?)

See it if You love Greek plays with a happy ending! Love a solid mostly all female cast!

See it if you like emotionally resonant, beautifully staged stories. It was a family epic about love, loss, and hope. There were a few great surprises

Don't see it if don't want to sit outside after dark

"Overall, 'Iphigenia Among the Taurians' is a charming production that makes a strong case for the lasting relevance of the theater of Ancient Greece, though this is somewhat heavy-handedly impressed upon the audience by an uneven translation that is at times ultra-modern and at others closer to the poetry of the original...Despite these anachronistic moments, however, the show confidently asks us to imagine how we, like the Greek survivors of the wars, move forward with love."
Read more

"One of the best productions of ancient Greek drama I’ve seen in years...The text of the adaptation strikes a smile-inducing, attention-grabbing, and surprisingly believable balance between literary authenticity and contemporary informality and even snark...It’s a thoughtful modern gloss on an ancient text that has enough space and sway to accommodate modern tastes and philosophies and entertain modern audiences, while staying true to the legends that birthed it."
Read more