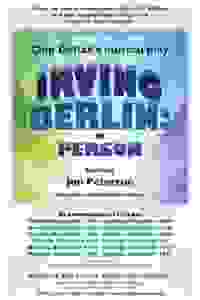 From Chip Deffaa and Jon Peterson, the playwright/director and star of 'George M. Cohan Tonight!,' comes a new one-man show about a legendary songwriter. More…

With little formal education, Irving Berlin rose from poverty to become the most successful single songwriter in history. He composed more hits--and made more money--than any of his competitors in the Golden Age of Popular Song. 'Irving Berlin: In Person' showcases an array of classic Berlin hits such as 'I Love a Piano,' 'Alexander's Ragtime Band,' 'When I Lost You,' 'Simple Melody,' 'Say it with Music,' 'When the Midnight Choo-Choo Leaves for Alabam,' 'A Pretty Girl is Like a Melody,' and more, plus rarities and rediscoveries.

See it if you like Berlin songs; you'll hear lots of them (a mix of known/new). You'll also see tap dancing and learn the broad outlines of IB's life.

Don't see it if you need a highly polished evening. The early preview felt a bit raw, although Peterson is talented and the songs are mostly delightful.

Also It's hard to condense a major artist's life (a long one of over 100 years) into 90 minutes,especially when packing in songs. I would cut all the tap dancing. It's done well enough, but a show about IB "in person" shouldn't have tap dancing. It takes up time that could be spent on more story-telling and singing. Many details (like IB's politics which would seem fairly liberal today!) get glossed over. And more attention should be paid to song selection; there are a lot of ragtime songs and many standards are omitted. Still, I truly enjoyed my time with Irving.... Read more Read less

Wish I Could See Them All
Syosset
50-64 | Male
671 reviews
Get Alerts Alerts On Alerts Off
85
Delightful, Enchanting, Absorbing, Refreshing, Prolific
December 19th, 2017

See it if Extensive repetoire of Berlin’s songs, wonderfully performed by a singer/actor/dancer and a pianist. Spoken bits of biography inbetween.

Don't see it if You are looking for something more dramatic or moving. I would have liked more depth on Berlin’s songwriting process.

See it if you enjoy a story about Irving Berlin using his songs, many of which are not often heard. Mr Peterson is very talented, singing and dancing.

Don't see it if you do not like the music of Irving Berlin or do not like one person shows. Very simple set. Mr Peterson is the show.

See it if you enjoy an entertaining evening of Irving Berlin stories and music!

Don't see it if you don't enjoy a one man show.

Don't see it if You dont like musicals, tap dancing or being entertained in a small, old theater

Don't see it if The show is still in development and needs work, the theater is in bad shape as well

See it if you love the great American songbook - this is where it all began! Really intelligent handling of Berlin's life and work. Well done workshop

Don't see it if You only want to hear Berlin's "Big Hits" - this focuses on the Berlin story with great music, but many of the big hits are missing

See it if jon petterson is terrific

Don't see it if you don't like early 20th century music

“Irving Berlin: In Person” hasn't been reviewed by any Critics (yet!) 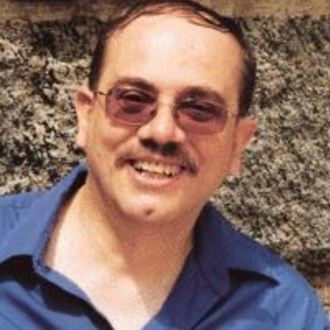 Chip Deffaa
Playwright
Get Alerts Alerts On Alerts Off

Chip Deffaa
Director
Get Alerts Alerts On Alerts Off 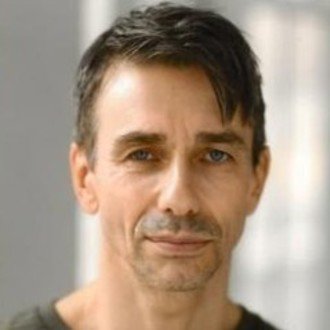 Jon J. Peterson
Cast
Get Alerts Alerts On Alerts Off