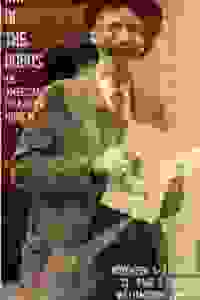 View in admin
King of the Hobos
NYC: Brooklyn
100
Score it Scored!

King of the Hobos NYC Reviews and Tickets

Presented by St. Paul's Theater, this one-man folk-rock musical tells the true story of James Eads How, the son of rich man, who chose the life of a hobo to fight for the homeless.

July 27th, 1930. On this night, a charismatic hobo named Gilly tricks a passel of strangers into attending an impromptu funeral for a prominent activist and hobo icon, James Eads How (1874-1930). A real-life heir to a wealthy St. Louis family, How lived as a hobo to bring awareness and help to homeless migrant workers, inspiring a legacy of advocacy as the founder of hobo colleges, unions, news and other groups. Performed by actor/singer/songwriter Jara Jones on a homemade cigar-box guitar in an immersive setting, King of the Hobos examines hobo culture as well as Depression-era hardships and social ideals that still resonate throughout our nation today.

See it if You like musicals, folk-rock, solid performance. Stories based on the American experience.

Don't see it if You want something light and forgettable.

"Jones also integrates the audience into his performance, talking to various people as though they are actual fellow funeral goers, making it an immersive experience...As an experience, 'King of the Hobos' is a unique one in that I can’t say I’ll ever attend a funeral for a hobo. But if you’re a lover of travel and Americana, and are in tune with the plight of the homeless, this is a show you may enjoy."
Read more

"Jones’ chief storytelling tool is his songwriting skills, which feel organically deep and brilliantly impressionistic…The show bends naturally toward murky storytelling territory...you may often find yourself wondering just where this road’s leading him, and you. But Gilly lives by rules that don’t bear much inspection, and though I was more than happy to wallow in the vernacular richness Jones gives us, I sometimes wished that we could simply stop wandering, and stand."
Read more