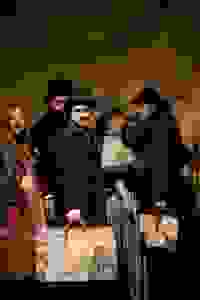 To commemorate its centennial, the National Yiddish Theatre Folksbiene is celebrating at Abrons Arts Center with KulturfestNYC, an International Festival of Jewish Performing Arts from around the globe.

Expect the unexpected as KulturfestNYC showcases the breadth of Jewish and Yiddish inspired art taking place around the globe today. Artists, actors, musicians, writers, performers and filmmakers from Hungary to Japan will celebrate the extraordinary contribution and impact Jewish culture has had on the world’s culture. Works include family musicals and contemporary dramas, new plays and classics, music and film.

See it if You love dancing and amazing singing.

Don't see it if You don't like going to great shows

See it if You have a musical child

Don't see it if You're choosing between this and Hamilton