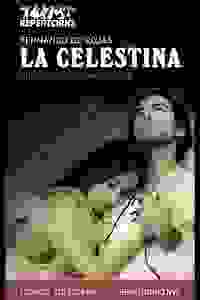 Repertorio Espanol presents this tale of a passionate love affair that ends in tragedy. More…

Calisto, a young nobleman, enters the garden of Pleberio in pursuit of his falcon. There he sees Pleberio’s daughter, Melibea, and falls madly in love with her, and enlists “La Celestina” to help seduce her.

See it if If you like Shakespearean type plays. De Rojas good writing. Over all nice production

Don't see it if If you do not like Spanish sub titles.

See it if you're interested in Renaissance literature or culture, or just want to see a gripping tale of love & death clearly & powerfully played.

Don't see it if you do not understand Spanish & can’t negotiate supertitles. (I found them very easy to use.)

Also Kudos to Leyma López & Repertorio Español! Lopez has taken a classic of Spanish Renaissance literature, popularly known as “La Celestina,” written in dialog but not for the stage, of immense length & in several versions, & extracted from it a taut, clearly told drama of love & death. Then she directed it in a simple, gripping stage production that never flags & delivers an emotional wallop at the end. The performance I saw was for high school students & they all seemed fully involved with it all. The company of 9 actors were nearly perfect in their highly physical roles of masters, servants & bawds. Post-performance they introduced themselves from the stage, naming their countries of origin, a fully Pan-American assembly of the Spanish-speaking diaspora, with a couple of Spaniards as well. This only drove home for me what I already knew: Reportorio provides an invaluable service for both its company & its audience. Nobody else is doing this! And how high the quality consistently is!... Read more Read less

See it if you would enjoy a good group of international actors bringing a 15th Century play of tragedy and comedy to life on a small stage.

Don't see it if you do not understand Spanish. The supertitles do not share enough of the action at points and at other times are too quick.

See it if You are willing to see a play 15th century (in Spanish) that deals with very differently with the same themes as Shakespeare.

Don't see it if A Spanish language production with subtitles intimidates you.

Also The play, as interpreted here, is extraordinary with great acting, set, lighting and direction.

The historical contrast between what was going on in England and Spain at the same time as we compare this play with Shakespeare's Romeo and Juliet is more than enough reason to see this excellent production.

Don't see it if you are put off by a language you do not speak or a old fashioned drama of passion and destruction. Drama written in 1492 about love/death

See it if great adaptation of the masterpiece by Fernando De Rojas.International cast does a great job bringing this tragicomedy to life.Delightful!

Also I was very impressed with Zulema Clares,as Celestina. She has a rare ability to transform herself with every character she plays that is mesmerizing!I have seen her in many productions in this theater, and she never disappoints.Bravo!... Read more Read less

See it if you love classics, you love the Spanish language, you are curious about life at the turn of the 16th c. and the proto-Renaissance in Spain,

Also It is puzzling how this can be considered a comedy when (spoiler alert) almost everyone dies at the end. It is mainly a drama about class differences with the aristocrats consumed by "honor" and the servants consumed by "greed".... Read more Read less

See it if you are interested in foreign language productions. You want a different experience. You enjoy classic, traditionally staged plays.

Don't see it if this tragedy from the 15th century is dated and slow. Due to its nature the acting is less beleivable at times.

See it if you are intrigued by a XV c. work, explicit about sexual mores, presenting a tragedy tinged by humor.

Don't see it if you don't like old-fashioned plays whose characters respond to outmoded norms of conduct.

See it if Repertorio Espanol's classic plays are always such a treat- and this was no different. Incredible entrance into a 500 yr old text!

Don't see it if An old text (one of the 1st Ren plays) brought to life, so no complaints. Rep E. provides such a service to the city and theater ecoystems.

See it if You like brilliant adaptations, force-of-nature powerful performances.

See it if You want to see one of the most influential stories of all --and love female-centered plots; Celestina herself is fantastic

See it if you like good classic plays in Spanish

See it if You want to be entertained

See it if you love 15th Century classics and have never seen it staged.

Don't see it if You dont understand Spanish.

See it if you love classic plays and smart productions.

Don't see it if You don't like foreign performances.

See it if ...you love classic Spanish language theater performed and staged in a thoroughly entertaining and fast-paced manner

Don't see it if ...you are not up to the challenge of being thoroughly entertained by a fast-paced classic Spanish-language tragic comedy...

See it if You are into powerful performances.

“La Celestina” hasn't been reviewed by any Critics (yet!)

Repertorio Español
Producer
Get Alerts Alerts On Alerts Off 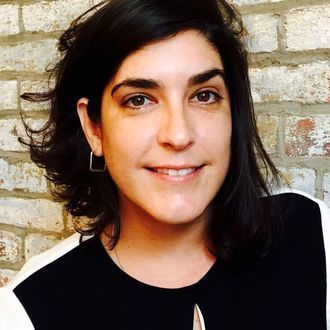 Leyma Lopez
Writer / Director
Get Alerts Alerts On Alerts Off 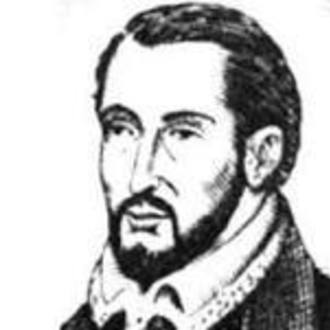