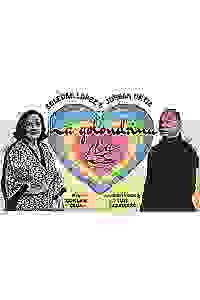 The play follows a voice teacher and a man who wants to sing “La Golondrina” at his mother’s funeral. A moving story based on Orlando's Pulse nightclub massacre. Performed in Spanish with English Supertitles.

A singing coach takes in a new student who wishes to better his vocal abilities in order to sing at his mother's funeral. The chosen song is "La Golondrina" which has special significance for both characters. The voice coach, a mother familiar with the heartbreak from loosing a loved one, dwells on the definition of humanity and concludes that it is our capacity to feels each other's pain. An important LGBTQ story based on Orlando's Pulse nightclub massacre, written by Hispanic playwright Guillem Cluá. Starring two acclaimed award-winning Hispanic Actors: Soledad Lopez and Josean Ortiz. Directed by Luis Caballero