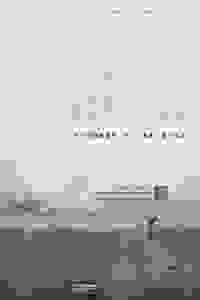 Axis Company presents a return engagement of "Last Man Club," a one-act drama set during the Dust Bowl, an era of environmental and economic strife catalyzed by unrestrained human greed.

From 1930-1939, the Great American Desert of the Texas and Oklahoma plains—destroyed by the expansion of wheat farming, which plowed beneath the bluestem and buffalo grass holding the dirt in place—blew up into the air in dust storms that packed enough static electricity to power the city of New York. Many refused to leave their dust-covered farms, even after all the animals died and they were eating bitter roots to survive. "Last Man Club" is about one of the families who stayed. With no one else around for a hundred miles, Major's family lives in a one room dugout as he tries to reconcile himself to the fact that his own kin has taken the money and run. Out of the biggest storm in the history of the Dust Bowl—200 miles wide, 15,000 feet high—come two desperate men promising a way out.

See it if Entertaining, very good sound and staging. A well acted and directed play.

Don't see it if The shiw drags for about 10 minutes and the woman were a mystery in the play. They didnt even need to cast them.

See it if you want to be immersed into the 1930's Dust Bowl: people, sights, dress, sounds and smells. Production brings the era alive in a good story

Don't see it if you want a happy story or grand production: this set and actors recreate a haunting time. Difficulty understanding some conversations.

See it if Dust bowl farmers so desperate, they want to believe - and might have done - anything. Great sound effects heighten the deepening insanity.

Don't see it if You aren’t up for a downbeat mood piece with fine acting, where the people are symbolized by a wailing crushed bloody jackrabbit.

See it if A quick, sharp left jab of a play Intense, immersive drama of desperate survivors of a catastrophic Dust Bowl storm Mendacity & greed reign

Don't see it if Brief staccato scenes & flat Texas (?) accents can cause some plot confusion Characters not fleshed out but well acted esp McCormick's major

See it if you want to experience a stark tale from the Dust Bowl days of the American Southwest in the Depression years, dramatized with mythic power.

Don't see it if you are looking for a mainstream Western. Read more

See it if Bewildered Depression family,reeling from drought fallout of Big Dust Storm & clinging to any hope,welcome swindlers &promise of RainMachine

Don't see it if Weathered faces and great absorbing set-up, but no follow-through. (60 min) "Magnets are pretty exciting." Read more

See it if You appreciate esoteric takes on dire circumstances.

Don't see it if You want a play that actually explains what happens.

See it if You’re into the DARK side and patient !

Don't see it if You want to enjoy your evening.

“’Last Man Club’ beautifully overloads the senses and transports you to the Dust Bowl in the 1930s...’Last Man Club’ is not a play which tells a straightforward story...This experience is best described as immersive environmental theater...The atmosphere is suffocating and riveting...The six actors combine a naturalistic style with their unique character's individualized quirkiness...This is a theater piece to experience not simply to follow a story arc.”
Read more

“Earth, air, water, and fire -- every vital element reaches critical risk level in ‘Last Man Club’, a tense dystopian mood piece from writer/director Randy Sharp...This one-act historical drama blows in with gale force as Sharp and her creative team unearth the allure and agony of Depression-era manifest destiny compounded by an environmental crisis...The compelling paradox...is that it succeeds as a technically clean production while vividly presenting such a depressing dilemma.”
Read more

“An immersive revisit to a prior end of times...A journey into seeming end-of days as outside forces overwhelm both body and soul...The play is many things all at the same time, but mainly a full meal of a theatrical experience that has a depth that only an ensemble group like Axis can bring to it...The actors and the directing are all spot-on bringing their talents to bear, blending the darkness of life with the only thing that keeps us alive, that spark of hope, whether real or imagined.”
Read more

"Axis Theatre, the bold standard of boundary-breaking Off-Broadway theatre, once again serves up a powder keg banquet of characters...The script, direction, design, and actors elevate it to something as raw as it is wistful, wrapped in humor and drama...This is not a neat and tidy play with its curdling undertones of a distant time and place, but it is fleshed out with stark and haunting performances...A show that defies cliché in favor of the stirring and thought provoking."
Read more