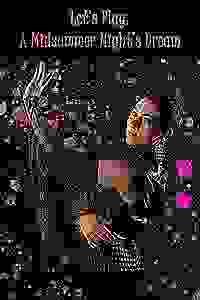 Do you want to play a game? Well Shakespeare's faeries and mystical creatures are upset because last year The Onomatopoeia Theatre Company only produced one show and it wasn’t even a comedy! To make up for this, they are magically forcing four of mortal actors from NYC to play a chaotic game where they must perform the roles of the Four Lovers and the Rude Mechanicals from “A Midsummer Night’s Dream”! It will be a night of theatrical chaos full of music, laughter and dance! Come have fun as an audience of magical creature’s plays with a group of foolish mortal performers! Please join The Onomatopoeia Theatre Company as we lovingly tear apart this timeless classic searching for romantic love while also trying to appease all things magical!

Don't see it if If you like traditional Shakespeare or a good story line.

See it if you are interested in every Shakespeare adaptation you can find.

Don't see it if you are looking for anything near traditional Shakespeare.

Also The idea of transferring MND to a contemporary club for a competition among lovers is not a bad one. But this adaptation (which was overwhelmingly just Shakespeare cut & rearranged) was not very compelling & for long stretches the timing seemed off. I enjoyed Puck & Oberon. I liked some of the costumes. I did not like much else.... Read more Read less

See it if you would enjoy a new take on the Bard's play - this one with some local references and a hard working troupe. Interesting light projections

Don't see it if you want an understandable version of MND. This is a liberal interpretation that will leave anyone without complete grasp of this play lost.

See it if You want to support a young, enthusiastic company tackle Midsummer w/some new ideas. You're very familiar w/Midsummer.

Don't see it if You want Midsummer performed closer to the actual text: scenes are jumbled & lines are swapped around for no reason made clear.

Also The cast gets the spirit of the text, if not the technique. Props for the energy & the playfulness of the audience choosing who plays what character. However, for a production that leans on including a dance competition, the dancing is terrible!! This is Midsummer out of order & w/out most of the Mechanicals, so when they included Pyramis & Thisbe at the end, it had no context & felt like an unnecessary add-on. The cast isn't the best at verse, though far from the worst. If they'd had kept the play in order, it would've served them better.... Read more Read less

Don't see it if you respect the Bard.

Also I felt sorry for the young cast in this almost unwatchable take on one of Shakespeare's best comedies.
There wasn't a laugh to be heard in the house.
... Read more Read less

Don't see it if you're a Shakespeare purist; you expect a professional play to feature uniformly excellent professional acting.

Also This was so disappointing. I'm not opposed to experimental Shakespeare, but this is just plain bad. The script started off okay and went downhill. The acting was uneven. With the notable exception of one dancer, the dancing was terrible. The show tried to do too much and ended up doing nothing well.... Read more Read less

See it if Bit of a swing and a miss - they're trying to do something new (audience chooses who plays what role, though I think it was decided already)

Don't see it if It's...fine. It's well enough acted and staged, but you've seen better Midsummers. splitting the woods/mechanicals scenes didn't work for me

See it if I was looking forward to a creative take on this well-known Bard’s Play. Alas, it has an uneven casts and not too interesting take on it.

Don't see it if If you don’t know the story of the play, it’ll be pretty confusing to grasp what the heck is going on?!

See it if If you are are a Shakespeare fan and if you enjoy plays with complicated story lines.

Don't see it if If you are not a Shakespeare fan and would rather would rather see a play with a simple story line.

See it if You know someone in the cast. Or you see every Shakespeare performance in the city. Or you’re a talent scout searching for young actors.

Also The show feels like something you may see at a college. Young actors working on their craft. A few of them show potential but are limited by a gimmicky rendition of Midsummer that’s barely discernible and overall difficult to understand.... Read more Read less

Don't see it if You like your Shakespeare straight up, or get restless if a play is long - this nearly two hours with no intermission

Also A talented and spirited cast combined with lively direction made for an enjoyable evening. The production needs some cutting; by the time we reached the very funny play-within-the-play audience members were ready to head home. The device if letting the audience pick which actor played which part didn’t really work the night I attended.... Read more Read less

See it if you really love off-beat, over-the-top, modern takes on Shakespeare done by the equivalent of a good college theater troop.

Don't see it if you want a musical, serious theater, or traditional or realistic Shakespeare.

See it if You like Shakespeare and don't mind a very quirky abridged version of a Bard comedy. Especially if you can go in to it with an open mind.

Don't see it if You can't genuinely appreciate a very liberally abridged version of this Bard comedy.

Also I dare say you won't find another adaptation quite like this one. It was an interesting concept that I found intriguing enough to attend, though I found the execution of it to be lacking at times. This adaptation bounces around a lot & with one set of "players" tackling many roles that aren't typically played by the same actors, there wasn't enough context given in the rest of the script to allow someone without in depth knowledge of this comedy to follow along & understand what is happening. Perhaps this might have worked better had they modernized the text & made it more understandable, to go along with the more modern ideas they infused into the script. As this is my favorite Shakespeare piece, I could follow along. But that also made it frustrating at times when I knew things were being presented strangely. It was interesting to make it interactive & allowed the audience to select aspects of how the show would proceed. Great idea, but there were too many variables to be cohesive.... Read more Read less

See it if You are open minded to seeing a group of young actors take on a very ambitious rendition of midsummer.

Don't see it if You are expecting a traditional, professional take on the show.

“Let's Play: A Midsummer Night's Dream” hasn't been reviewed by any Critics (yet!)

The Onomatopoeia Theatre Company
Producer
Get Alerts Alerts On Alerts Off 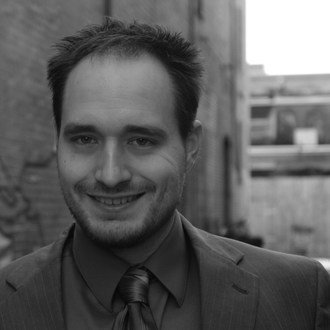