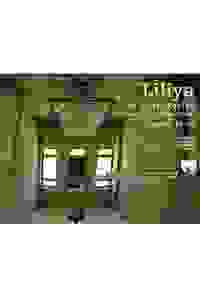 Moscow, 2005. Lillian, an American college student, falls ill with a mysterious disease. Part of Exquisite Corpse Company's 'This Is a Distraction' festival.

At the private "American" clinic, Lilian's first doctor is Spanish, the second is Russian, and soon her British ex-boyfriend has arrived through the window. As accents and cultures collide, time begins to slip forwards and backwards in loops. Lillian's disease begins to mutate, causing new and different symptoms in each person it infects, turning the world topsy-turvy in its wake.

Don't see it if You want a story that makes much sense. It’s one thing to use dreams and illness and death as metaphors but they still need to connect.

See it if you want to spend 75 minutes with a young student ill in Russia with the doctors she encounters and her boyfriend all mutating inanely.

Don't see it if you want a linear play or have difficulty with three different accents and foreign phrases, some not spoken toward the audience.

See it if You enjoy absurdist art. Are a Kafka fan. Are in the mood for something dark. Enjoy dark fairytales. It's like Vonnegut meets a horror story

Don't see it if You dislike art that is open to interpretation from each individual viewer. Want to be able to sleep well after viewing. It may haunt you. Read more

See it if you enjoy experimental theater that forces you to think WAY outside the box, shed your inhibitions, & suspend all reality. I couldn't do it.

Don't see it if you can't let your imagination run wild. I usually can. Not that night. Sorry 'bout it. Read more

See it if You don't mind over-the-top quirkiness. Confusing but I couldn't help laughing out loud at times.

See it if If you like experimental theatre or Kafka themes. Metamorphosis into other animals and metaphors for life and death.

Don't see it if You don’t like vague theatre.

See it if If you like to see good actors do their best with difficult confusing material in a short play.

Don't see it if If you have strong feeling about plays possessing some semblance of a plot.

See it if You enjoy a play that forces you to puzzle out its meaning from abstract elements that are both funny and disturbing. A real head scratcher

Don't see it if You cannot tolerate a play that keeps you confused and guessing all the way through, even though it is never boring. Read more