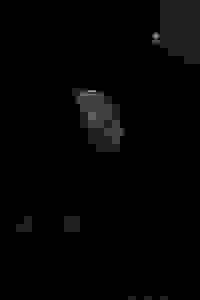 Greasepaint Productions revives Steven Dietz's 1994 AIDS drama, which is a love story, an existential meditation on human isolation, and even an absurdist comedy..

'Lonely Planet' tells the story of Jody, a 40-year-old shopkeeper who has become a shut-in, and his younger friend and caretaker Carl, who wants him to go outside and take responsibility for his life. First, Jody must come to terms with the fact that his community is being decimated by AIDS, and that he needs to be tested before he becomes a casualty, too.

See it if You want a personal look at the early AIDS crisis. You want to see very talented actors.

Don't see it if You want sharp writing & clear transitions: the writing is repetitive & the scene endings trail off-I didn't know the act or play was over!

See it if You just want to see good performances.

Don't see it if You want a new take on an old story we've seen too many times.

See it if You have an open mind and don't mind a play about a relevant issue we are faced with today. You want to see great acting.

Don't see it if You don't want to see a play about a serious issue with some humor. You are sensitive to hearing about aids related deaths. Read more

Don't see it if You appreciate good acting

Don't see it if you dislike heavy-handed metaphors or endings you can see coming a mile away. Read more

See it if Touching story of friendship and crises..Well acted--dated concerning the Aids epidemic, but a gentle reminder much has not changed,

Don't see it if You don't like quiet thought provoking intelligent story telling.

See it if you would like to see how a friend helps one deal with the aids epidemic in a unique way. more in the early years.

Don't see it if you are not interested in that topic

See it if You like shows which address serious profound issues (HIV) and you are OK with not being "entertained." This is heavy stuff.

"The actors overact their parts while trying to drive home the profundity of Deitz’s language…Jody's reserved personality feels more affected than lived in. Smith’s Carl is another kind of affected—the stereotypical gay man…Given that both actors, clearly talented, suffer from the same issue, the problem may lie more in a lack of direction…Yet given these drawbacks, 'Lonely Planet' is still a beautiful play, something this production both understands and is able to communicate."
Read more