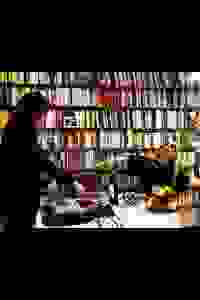 Taking place after two streamed, filmed episodes, Episode 3 features an in-person ensemble maneuvering through trippy projected bodies. Its avant-garde script is made through applying musical composition styles to original film scripts, producing a dialogue of odd innuendo and strange word combos as hilariously absurd as they are profound.

See it if you like experiments even if they're not particularly successful.