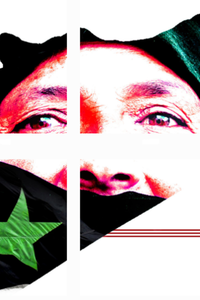 The Angle Project presents this universal story of love, friendship, and the struggle for happiness inspired by interviews with Syrian refugees living in the U.S. More…

The lives of four young Syrians are changed forever after anti-government protests transpire in the city of Daraa. During the next six years, each is forced to undergo a unique and heroic journey, while the turmoil in their homeland erupts into a full-fledged civil war.

See it if You want an in your face understanding of what going on in Syria. Very disturbing but we should all be aware of this awful situation.

Don't see it if You're not ready to shed a tear in horror.

See it if You want to hear some of the struggles that transpired in Syria. You want to see a play that pulls at your heart strings.

Don't see it if You are looking for something light and fluffy. You are not interested in events in the world. You don't like a heavy play.

See it if You wonder what it would be like to go from a normal life to that of a refugee, or you want to know more about the Syrian situation.

Don't see it if You aren't interested in political plays or in Syria, or if you can't tolerate tiny basement theatres. But you would be missing out.

Also Powerful story - well staged and directed. This one is well worth your time.... Read more Read less

See it if you're interested in hearing the human stories of Syrian refugees.

Don't see it if you don't like small, basement theaters.

See it if A show touching on topic's in the news is your cup of tea, if you like touching/deep plots that make you think & cry.

Don't see it if If you prefer your entertainment light this is not for you. If you need all the characters running as written as this was carried by 1 or 2

See it if You want to hear what Syrian refugees are experiencing. Unfortunately, most of this tragic material was not edited

See it if you want to be absorbed in an emotionally-riveting play about the suffering of innocent Syrian people whose lives are torn apart by war.

Don't see it if you can't deal with violence, suffering, uprooted refugees, or the separation of loved ones. There are also some stilted, preachy dialogues.

Also Today, with immigration and refugee concerns being major topics of conversation in this country, this play gives one very personal insights into the lives of people whose lives are totally disrupted by things that are out of their control War is not just a bunch of statistics that one hears about in the news. There are real people...innocent people....impacted by war and this play brings it all to life in a very heart-breaking manner. One must see this if one wants to get an emotional sense of what is happening in Syria through the eyes of real people based on actual interviews.

The acting was excellent, as evidenced by the fact that I really empathized with the characters and could feel their pain as the war transformed their normal, relatively happy lives into a horror show.

See it if the crisis in Syria is an issue that you are only vaguely aware of, and want to know how it has effected the lives of it's people.

Don't see it if you're looking for a play that's truly sensetive to the Syrian crisis. The young actors are quite good and compelling,

Also Unfortunately, the staging and dialogue need alot of work. I understand that this is a low budget theater, however, even before the war starts, the home of the middle class Syrian middle-class family depicted, looks like a hovel. So many missed opportunities to make a real impact.... Read more Read less

See it if you like dramas about man's inhumanity to man. However in attempting to use only words from actual refugee interviews drama is stilted.

Don't see it if you only like plays where everyone lives happily ever after.

See it if You care about the plight of refugees, or if you just want to see a true story with great actors

Don't see it if you'd rather shy away from serious issues

Also Knowing that these stories are true really drives it home for me. It really puts everything in perspective. I loved it!... Read more Read less

See it if You enjoy devised theatre informed by real-life interviews, you want more information about the Syrian refugee crisis.

Don't see it if You prefer plot-based and scripted theatre, you're in the mood for a comedy.

Also The play, while socially relevant and timely, was a slog to get through. The script has no clear arc, which I would attribute to the fact that it takes its material from real interviews with Syrian refugees or expats. It is really tough to craft a play when you are married to an unforgiving structure. The play definitely communicated the hopelessness and misery of the Syrian situation, so in that sense it was a success.... Read more Read less

See it if You are interested in the human costs of the conflict in Syria.

Don't see it if Depictions of violence and torture would overwhelm you.

See it if you are interested in seeing how people step up during times of crisis.

Don't see it if you are looking for a comedy.

Don't see it if You don't like heavy subject matter. Nothing light and fluffy about this play

Also Staging was clever. Play is too long. Need a few moments of lightness or thoughts on how to make things better so that it is a redemption story. We can, we must, learn from tragedy. This offered no hope. But perhaps the situation is hopeless.... Read more Read less

See it if You're interested in the plight of Syrian refugees and want a passionate depiction that's emotionally resonant despite major problems.

Don't see it if You object to being beaten over the head with a play's messages. You're bothered by stilted dialogue and poorly written scenes.

Also This is a moving play. The creators succeed in bringing this tragedy to life. But be prepared for dialogue that is consistently cringeworthy and many scenes that are poorly constructed Short Monologues About The Syrian Situation and not actual characters saying things that any person would say, even with a lot of dramatic license.... Read more Read less

See it if you care about both arts and wish to make an impact for a worthy cause and improve people's lives. A human story in a riveting performance!

See it if You have compassion for the innocent people caught up in a war that's tearing their country apart. This brings their plight to vivid life.

Don't see it if You cannot bear to look into the faces of suffering people. Or just don't care.

See it if You want an emotional experience to augment your intellectual awareness of the tragedy that is Syria.

Don't see it if you want action and plot. or if you are unwilling to face political issues.

Also This is more an experience than a play. Sitting so close, one feels as if one knows these people and can feel great compassion for their incalculable losses. It made me so grateful that my country is stable and I have a home.... Read more Read less

See it if You want to see the personal side of what's happening Syria.

Don't see it if You want to see a full scale, feel good production.

Also It starts out with a normal day. Then there’s a little ripple, and people start to protest. We watch as things continue to spiral downwards and as the dead bodies pile up on stage.

Sit in the front two rows as a fair amout of action won’t be easy to see if you don’t. The show is about an hour and a half in length. 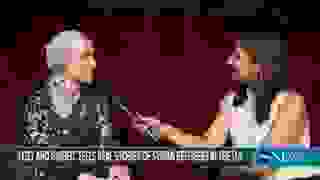 ABC News: Off Broadway play 'Lost and Guided' tells the stories of Syrian refugees in the US

https://www.lostandguided.com/ Lost and Guided is an original play based on interviews with Syrian refugees. It is being produced by Conrad Fischer and The A... 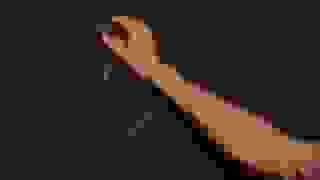 https://www.lostandguided.com/ Lost and Guided is an original play based on interviews with Syrian refugees. It is being produced by Conrad Fischer and The A... 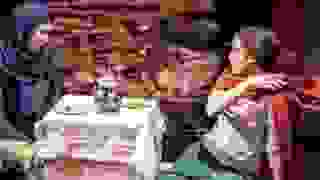 Photo Flash: First Look at LOST AND GUIDED, Coming to UNDER St. Marks

Conrad Fischer and The Angle Project have shared a first look at the world premiere of LOST AND GUIDED, written and directed by Irene Kapustina. LOST AND GUIDED will play a four-week limited engagement Thu, Aug 3rd at 7:00pm through Sun, Aug 27th at 7:00pm at Under St. Marks (94 St. Marks Place, New York, NY 10009). Opening Night is Sat, Aug 5th at 7:00pm. Scroll down for photos of the cast in action! 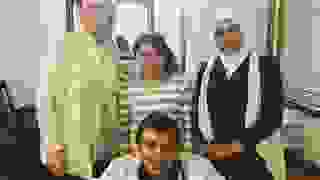 Review Fix chats with Irene Kapustina writer and director of LOST AND GUIDED, who discusses the inspiration for the show and how she’d like it to affect audiences.

The Angle Project
Producer
Get Alerts Alerts On Alerts Off 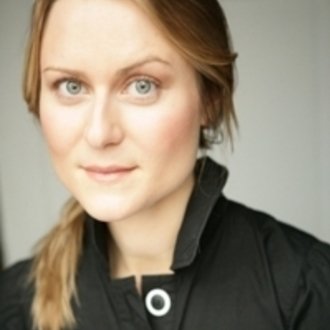 Irene Kapustina
Playwright
Get Alerts Alerts On Alerts Off

Irene Kapustina
Director
Get Alerts Alerts On Alerts Off 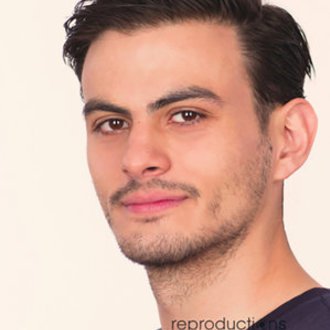 Doga Celik
Imad
Get Alerts Alerts On Alerts Off 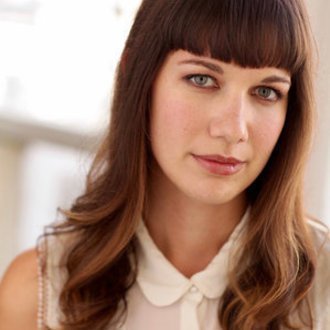 Mischa Ipp
Amina
Get Alerts Alerts On Alerts Off 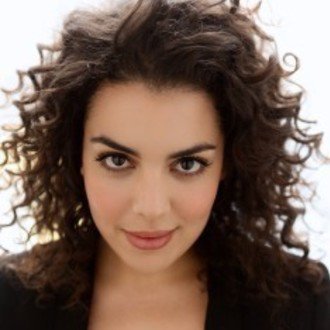 Mouna R'miki
Rima
Get Alerts Alerts On Alerts Off 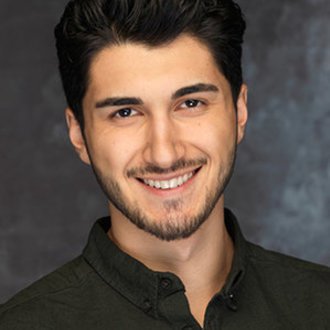 Shayan Sobhian
Sami
Get Alerts Alerts On Alerts Off