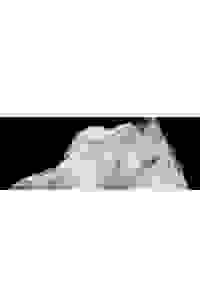 A lonely girl. A lost god. One angry mother. The Greek goddess Demeter, her daughter Persephone, and the Hindu god Shiva experience suffering and love, and emerge from their journey transformed and transfigured.

In "Love Trade' Demeter passes sex games on to her daughter Persephone, who wanders away from the Upper World and meets the exotic Shiva. All three undergo the death of fake dreams and false longings as they descend into the Depths.

The Hess Collective generates new work based on a fusion of physical theater modalities culled from Western and Eastern practices.

See it if you like probing multi-media work that gives significant weight to movement, sound, visual design & spoken text, as well as a little drama.

Don't see it if you want to see a traditional drama, or prefer your classical texts unadulterated (as if!). Read more

62
Fluffy, Interesting use of props

See it if you want to see actors knock around a variety of staging ideas—some interesting, some not. Also, sexual awakening—yay.

Don't see it if that singy-songy lilting people use when reciting poetry shreds your nerves; or if you want some emotional pull. Read more