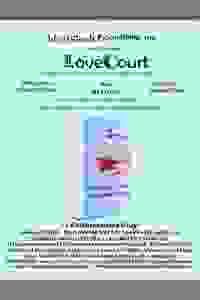 Isle of Shoals presents the world premiere of this musical, a modern tale of romantic intrigue loosely based on Shakespeare's 'Measure for Measure.'

It's been a few years and the champagne in Justin and Marianne's marriage has grown a little flat. Justin is a dedicated human resources professional in a large corporation. Marianne is a humanities professor at the local college. While investigating a charge of sexual harassment brought against Nick, a mid-level manager, Justin becomes infatuated with Nick's sister. Meanwhile, Marianne is falling for one of her students. Company and school policy are banished to the sidelines as the wayward couples succumb to Cupid's merry dance...but what happens when the music stops?

See it if You want to be pleasantly entertained for a few hours.

Don't see it if You don't have a few hours to spare. Read more

See it if You like shows that have a lot of heart and have a crazy talented cast. Have some catchy songs and is quirky. Entertaining enough.

Don't see it if You want a show with a lot of depth and layers. Conceptual shows, or shows about cheating. Has a bit of a masoginistic view.