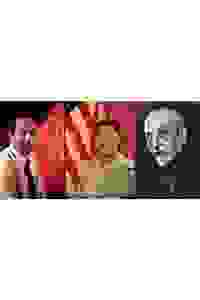 Theater for the New City presents an evening of one-act plays by both masters (Langston Hughes, Luigi Pirandello) and emerging playwrights, all linked to Black History Month.

'Soul Gone Home' by Langston Hughes is an often comic, at times touching one-act about a son coming back from the dead to talk with his mother.

Michele Cannon's 'Harlem Slang' is based on Zora Neale Hurston’s 'Glossary of Harlem Slang' and centers on two zoot-suited young men chatting up a girl they meet on the street.

In Luigi Pirandello’s 'The Man with the Flower in his Mouth,' two strangers meet at an all-night café after one misses a train.

In Grace Cavalieri's 'Calico and Lennie,' an African-American orphan runs away and hides in a quilt maker’s house while the authorities search for her.