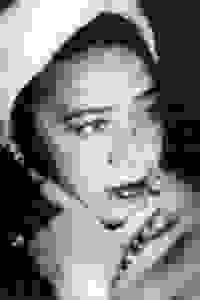 Urban Stages presents the world premiere of a dramatic story with music that looks at the life of the legendary chanteuse Mabel Mercer.

Mabel Mercer is frightened that she is too old, that this is her last show, and that her long-time friend/manager is abandoning her. On stage for probably the last time, this legendary performer, who influenced the likes of Frank Sinatra, Tony Bennett and Billie Holiday, confronts the events that have led her to this moment. From a white British mother who refused to acknowledge her black daughter to vocal mishaps that ultimately led to her signature story-song style, Mabel reveals all as she prepares to take her final bow.

See it if you like an historical retrospective of a relatively unknown performer who influenced musical greats such as Sinatra.

Don't see it if you don't like a one women show.

See it if You are interested in the life of Mabel Merced and want to see a very entertaining performer.

Don't see it if You are not interested in Mabel Mercer and have better things to do.

See it if enjoy one woman shows with good acting , music and historical context

Don't see it if do not like one woman shows, or plays that are based on real life experiences with a positive spin.

See it if you know more about the jazz legend Mabel Mercer. Well written, solo performance interspersed with representative songs.

Don't see it if you've come only for the music, or you don't like solo performances

See it if you like one-person biographical shows; are interested in the history of cabaret; are a fan of Mabel Mercer; or want to know more about her

Don't see it if you don't like the things listed above, or need a bigger, broader show

Don't see it if Dont like one actor bios

Don't see it if You don't like solo shows.

See it if You enjoy great theatre performances by one of he most under-rated performers of our time. Absolutely love it.

Don't see it if You aren't a fan of one-woman shows.

"Ms. Beverley, who both wrote and stars in this one-act musical play, makes Mercer’s story compelling...When Ms. Beverley sings, she makes the case beautifully for Mercer’s greatness of style...The production itself, directed by Frances Hill and Peter Napolitano, could be more polished. But the heart is there, and Nicholas Blade Guldner’s video design, with evocative vintage black-and-white images, adds a great deal to its atmosphere."
Read more

"Though brevity necessitates lack of detail, it serves the piece. Trezanna Beverly effectively incorporates salient points and important people. The story runs smoothly, giving us a good sense of Mercer's roots, her journey, and of the generous, self-effacing performer herself. Characterization is imbued with sensitivity and sympathy. Songs capture the subject. The play is co-directed with great naturalness by Frances Hill and Peter Napolitano."
Read more

"A show that never completely manages to transcend the artificial nature of the biographical one-person show...The story she tells is a fascinating one, but so crowded with characters and incidents that 80 minutes allows for only the most cursory treatment...'Mabel Madness' is an odd title for a show as formulaic as this one."
Read more

"Trezana Beverley’s keenly observant, warm biographical musical, 'Mabel Madness,' is not only good theater, but also a means for the many people who, sadly, know little about this extremely influential singer to get acquainted with her...She uncannily finds Mercer’s style, sounding surprisingly like Mercer in her speak-singing period which depended mostly on exquisite timing, understanding the lyrics and hitting the few notes still within her power."
Read more

"Tony Award-winner Trezana Beverley not only captures the essence of Mercer, but has written a narrative that gives breadth and depth to the life and legacy of this amazing singer's singer...As an actress, Beverley delivers a convincing and compelling performance as Mabel Mercer. But it is as a singer that she excels, exactly reproducing Mercer’s unique story-song style...Hats off to Beverley for bringing to life a cultural treasure and oft overlooked performer."
Read more

"Playwright/actress Trezana Beverley compellingly tells Mercer's story at Urban Stages Theatre...With focused direction by Frances Hill and Peter Napolitano, nine songs are set up by memories...Watching 'Mabel Madness' is a lesson in listening...In this skillful memoir with neat production values, Beverley's delivery of 'Just One of Those Things' as Mercer sang it to Sinatra, is a master class in interpretation."
Read more

"The Tony-winning Beverley...works hard to reincarnate Mercer, but her British accent is inconsistent and her charm forced (all those little chuckles must go). She also speaks, not very believably, in the multi-accented voices of other people. Unfortunately, her singing, unlike Mercer’s, is not always on pitch, and her attempts to capture Mercer’s famed “story song” style of mining her lyrics for their nuances are little more than respectable imitations."
Read more

“‘Mabel Madness’ features some of the classic songs from Ms. Mercer’s repertoire, as well as two original songs written by Levitt and Napolitano…Ms. Beverly is a powerful actress with a rich alto register. She also has a strong soprano, but there is a break within the two registers. She does best with the two original songs. She sings these songs rather than imitate Ms. Mercer, who spoke through them. She rarely allowed the melody to linger as she made each word count."
Read more

"The life and career of cabaret icon Mabel Mercer is movingly recalled in Urban Stages’ new show, written and performed by Trezana Beverley...The overall impact builds to poignancy and fresh appreciation for the highs and lows of Mercer’s struggles and career...Beverley starts low-key, giving her time to build the impact. Most poignant is the recollection of Mercer’s difficult childhood...It is a vast personal saga conveyed with feeling."
Read more

"The show lacks the vitality that draws the audience into another person’s life. Beverley knows her character well, but she doesn’t embody her. She seems to be telling a story rather than living it. By the end of the show we may understand that Mercer was a woman who created great magic onstage, but we have no idea how."
Read more

"Although Beverley struggles with her British accent and occasionally with her pitch, these gripes are trivial to the importance of the story. Beverley gives her own essence to Mercer’s singing style...She is so passionate about her character and the story is fascinating enough for the audience to quickly forget the minor issues... Ultimately, it is the closeness you feel with Beverley’s elegant portrayal of the very regal Mercer that makes this play a poignant lesson in musical history."
Read more

"A one-woman show that feels like a full cast on stage..Trezana Beverley, the playwright and performer, takes the role of Mabel as a true labor of love and keen perception. She sings a number of Mabel’s most beloved songs as she portrays the high and low points of Mabel’s extraordinary life...This is no blockbuster but it’s a solid and moving theater piece, surely a must-see for Mabel Mercer devotees and general fans of cabaret."
Read more

“’Mabel Madness’ is an intimate show, in an intimate theater, about an intimate performer…'Mabel Madness' is rich with song, but is crafted and performed as theater…Deconstructing the facts of Mercer’s life, Beverley reweaves them into a story that is personal to her…it is an interesting story affectingly told. Beverley has, through her locution and singing voice, nicely evoked Mercer’s style and stage persona, and decorates the history with enough personal details to bring the story to life.”
Read more