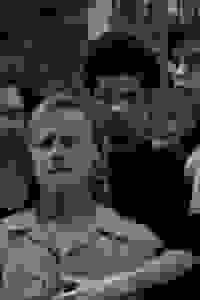 View in admin
Macbeth (Shakespeare in the Parking Lot)
NYC: Lower E Side
Score it Scored!

Macbeth (Shakespeare in the Parking Lot) NYC Reviews and Tickets

The Drilling Company presents 'Macbeth' in a parking lot; the production explores the play's theme of power through the lens of the political history of Latin America.

The characters Macbeth and Banquo reminded director Jesse Ontiveros of Fidel Castro and Che Guevara, and that was the genesis for his idea to set 'Macbeth' in a banana republic. In Ontiveros' 'Macbeth,' Hecate, along with the three other witches, represents evil. The three impetuous novices, eager to go to war and lacking the maturity to see its complexity, and jump the gun on Hecate's idea of infiltrating the Macbeth household. The setting is designed to evoke a coup d'etat in a Latin American nation, in an attempt to contemporize the themes of Shakespeare's drama for today's audience.