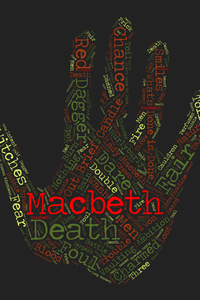 On a barren heath, three sisters tell the great and bloodied Macbeth that he is fated to be King of Scotland. And so begins a terrifying series of events that lead to the murder of Kings, friends, mothers, and their children. Macbeth and his Lady fall prey to soul-corroding guilt as they desperately cling to the defiled crown. This production features clear text and modern dress to help audiences connect the play’s striking relevance to our contemporary world.

See it if you'd appreciate an up close, modern & wonderfully staged and realized production of the Scottish Play, with fine if uneven performances.

Don't see it if you need period costumes, sets & prosceniums, don't like actors too close to you or like your Shakespeare with needless British accents.

Also Remarkably well staged & directed by its founders, The Seeing Place Theatre's Macbeth Is proof of how much can be accomplished with little more than bodies, light & space, in this case a very intimate space which never feels tight. With gorgeous lighting by Duane Pagano that helps propel the action, great design & even signage, it's the essence of how theatre can transport and engage. There's even something of Grotowski's Poor Theatre here; not the intense physicality, but in the attempt of stripping away all surface to truth.

That said, the company might consider Grotowski's exploration of voice & projection. Shakespeare is too often exclamatory & rushed rather than conversational, so that meaning gets lost. The production is well cast, and the warhorse speeches (Spot/Tomorrow) seem underplayed to avoid cliché; interesting choices, but they lose their punch.

The 100 minute run time is a great goal, but the pre-battle McDuff/Malcom speeches should be trimmed for a restless audience.

See it if You are interested in a Macbeth and Lady Macbeth whose motivations are actually understandable.

Don't see it if You don't appreciate intimate productions or those that are not fully staged.

See it if a very well done performance; actor are very convincing, especially the leads; makes great use of a small space

Don't see it if you are not a Shakespeare fan; runs almost 2 hours without an intermission

See it if you are familiar with Macbeth and want to see an intimate well-performed but lowkey production that focuses on the main themes of the play.

Don't see it if you have never read Macbeth. The lines are not easy and heavily symbolic, and some of the speeches were rushed and difficult to understand.

Also The play runs almost two hours with no intermission; it definitely felt slow in the middle. The large number of characters also makes it very confusing for people not familiar with the text. I noticed some minor flubs in delivery, as well.

The lighting was well-executed and made the production seem more polished but could have been more obvious to mark the scenes or emphasize the symbolism of light/darkness.

While I appreciate the cast trying to interact with the audience, handing out drinks during the toast scene was very distracting, especially if you are in the front row.

See it if You love Shakespeare. You like good acting without a lot of whistles and bells. It was extremely well acted--a labor of love!

Don't see it if You have a short attention span. There is no intermission and the play is over two hours long.

See it if You like seeing fine acting by the leads and an untrimmed Macbeth.

Don't see it if You don't want to see a play that is set, non-stop, on "fast"

Also This version of Macbeth was able to deliver the whole play in about two hours by proceeding at a uniformly fast pace of line reading. That didn't always work--there were a couple of scenes that had diminished impact. Some audience members may have trouble keeping up. The two leads were quite good with a nuanced portrayal of the psychological breakdown that Macbeth and Lady Macbeth suffered. The other acting varied and I found Macduff to be a bit wooden. The staging could occasionally be off with scenes where characters had their backs to the largest section of the audience instead of backstage.... Read more Read less

Don't see it if You're easily confused or don't like Shakespeare

See it if Great acting, dynamic staging, comtemporized Shakespeare, strong ensemble work in an intimate setting is your thing.

Don't see it if you prefer your Shakespeare over acted with studied wooden performances.

See it if you like alternative takes on Shakespearean characters and motivations, or productions that highlight the folk-magic aspects of his work.

Don't see it if you don't enjoy modernizations of the bard, or need your updates to be very specific in time and place.

Also If you are die-hard Shakespeare fan, part of the fun of watching any production is simply observing the choices made by the company, regardless of whether you agree with them or not. I was intrigued by many of the character choices established in the beginning, and the cast was very committed to the characterizations they established, but I felt in a lot of cases they did not build to anything new as the show continued, making some of the performances feel a little one-note by the end. That being said, they managed the pacing of the story pretty well, avoiding some of the common pitfalls of companies that make Shakespeare seem slow and stuffy. I also enjoyed the elegant minimalist production design, which fits the dark, tight storyline of Macbeth very well.... Read more Read less

See it if you're a huge Shakespeare fan and want every opportunity to drink up the Bard's work.

Don't see it if you like imagination behind the text. The actors often rushed through their text a if it were an annoyance to be spoken.

See it if you want to see a passionate group of actors with great chops.

Don't see it if you need distance from the performance. It's an intimate space and the audience is acknowledged and included in the piece.

See it if You want to support a small theatre group that has a lot of potential.

Don't see it if You're looking for a clear directorial vision or actors connecting in the same play.

Also Lots of talent that was misused and not directed. Wasn't very polished overall and ran very long without an intermission.... Read more Read less

"As an actor, Walker is perfectly suited to this role...Cronican gives us a quieter, more naturalistic Lady Macbeth…The rest of the cast, a mix of Equity and non-Equity actors, does not always mesh in tone, and sometimes the speed of the line readings results in a lack of clarity, but overall thi...
read more
Get Alerts Alerts On Alerts Off
"Director Brandon Walker has a clear vision and insightful understanding of this play. His bare-bones, modern-dress approach intensifies the choices made by the main characters and magnifies the effects their actions have on their senses of self...Together Walker and Cronican are riveting...The e...
read more
Get Alerts Alerts On Alerts Off

Brandon Walker
Macbeth
Get Alerts Alerts On Alerts Off

Erin Cronican
Lady Macbeth
Get Alerts Alerts On Alerts Off 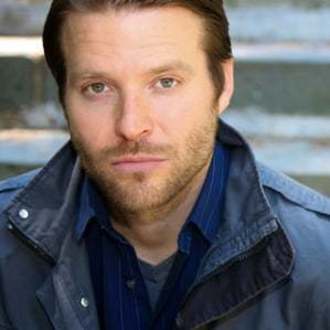 Olev Aleksander
Banquo, Seyton
Get Alerts Alerts On Alerts Off 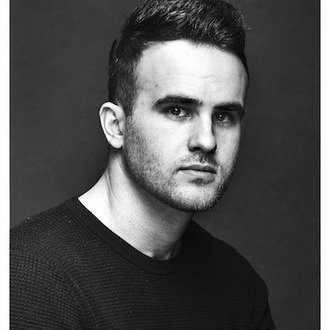 Joshua George
Malcolm
Get Alerts Alerts On Alerts Off