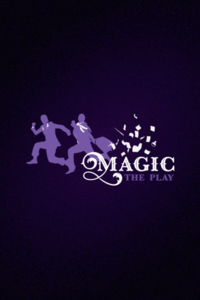 Written in rhyming verse, this comic drama explores some of the darkest problems we face today through its story of government corruption in a world of wizardry.

In a magical world, where people rely on potions and spells and flying brooms, chaos ensues when sorcerers lose their magical powers in a few days or hours. To conceal its shame, the government's blame is placed on two scapegoats in a scandalous hoax who, fearing to flee or to cop a plea, must expose their tormentor.