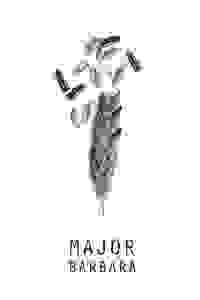 An idealistic young woman is engaged in helping the poor as a Major in the Salvation Army in London.

100 years after its premiere on Broadway, "Major Barbara’s" examination of government funded war and the nature of power stands the test of time. In this comedy, George Bernard Shaw pits Salvation Army officer Barbara against her armaments manufacturer father, and questions how human dignity and even faith can be bought.

See it if you're into stories about the salvation army.

Don't see it if you're more into modern shows.

"The play’s director has a way with wild material, but she doesn’t offer a distinctive approach to this more established text, or a way to make its conflict crackle, or even a way to watch it without neck strain. The acting is respectable, but it never really animates the intellectual arguments."
Read more