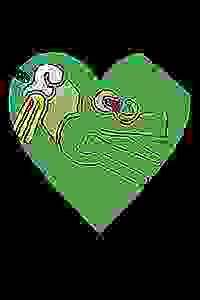 With her groundbreaking work, first published in 1987, Gloria Anzaldúa (1942-2004) established the Mexican-American border as a metaphor for different types of transgressions—racial, sexual, social, and cultural. The work was radical not only because it was one of the first popular writings by a Chicana feminist who also publicly claimed her lesbianism, but it was also new in form and language, switching between essay and poetry, English, Mexican, Spanish, and Indigenous dialects. “Chicano Spanish is not approved by any society. But we no longer feel that we need to beg for entrance. today we ask to be met halfway.” Borderlands/La Frontera has become an iconic foundational text for Ethnic Studies, Women’s Studies, and Queer Latino Studies. On May 15, 2004, Gloria Anzaldúa passed away at the age of only 61 from complications due to diabetes. In 2012, 25 years after its publication, the work was banned from being read, taught, or disseminated in public schools by the Tucson Unified School system, in an effort to stifle Mexican-American studies. The reality is that in 2019, Anzaldúa’s writings are still painfully relevant as the current administration escalates violence against and incarceration of Central Americans at the U.S. border.

Performance Space New York’s Marathon Readings, organized by Sarah Schulman, shares important, influential, and experimental work by women who have passed away, to collectively remember their words. Previous readings were: ""Blood and Guts in High School"" by Kathy Acker and ""DICTEE"" by Theresa Hak Kyung Cha."