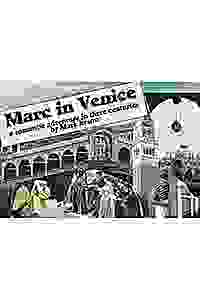 Anything but a typical coming out story, this new play is set in three different centuries, where three different men share a name and a pursuit of the truth - and what it means in their lives. More…

As part of its year long Stonewall 50 commemorating theatre series REBELS, ROWDIES AND REVOLUTIONARIES, Theatre at St. Johns is excited to present a National Coming Out Day special production that interweaves stories of love, faith, and self-discovery. MARC IN VENICE is a unique play that is anything but a typical coming out story. Set in three different centuries, three different men share a name and a pursuit of the truth - and what it means in their lives. Faith and fear, adventure and risk, love and courage come into play as a saint runs from his call, a great traveler strives to tell his story, and a young man finds himself, all in the romantic city of Venice.

See it if You like multiple storylines that intertwine, each good on its own but ultimately come together to make one point. Great costumes. Funny.

Don't see it if You can’t follow different stories set in different points in time all taking place at the same time. Very well done but pay attention.

Also Much better than expected and in a very interesting space. I highly recommend this.... Read more Read less

See it if you like Venice, like a story encompassing 3 time periods from early Christians to Marco Polo to modern gays, enjoy a good story

Don't see it if you expect elaborate scenery, lighting & costumes, don't like gay subplots or religious characters, have no patience for pasted on beards

See it if Show finally gets moving when the tourists get to the restaurant & we meet the gay waiter. It's a tender love story & other plots too.

Don't see it if The first 30 minutes are excruciatingly boring & amateurish, and should be cut. Start the show when the 2 ladies meet the waiter. 2hr20min.

See it if You’re interested in relationships performed in a church which adds to the spiritual effects.

Don't see it if You’re looking for a simple play as 3 difficult stories are interwoven here and requires your attention.

See it if Three men in differents eras find challenge and romance in Venice,

Don't see it if quite long with small production values. nteresting history with large cast.

See it if 4 plot lines of Marcus the prophet, Marco Polo, closeted Marc, and older woman all facing their fears to see the truth. Religious elements.

Don't see it if Not that gay! Lower budget community theater set and costumes, uneven acting. Plots don't quite merge together as profoundly as expected.

See it if Francesco Campari as Angelo gave a very convincing & believable performance with this messy direction. The play’s concept had real potential

Don't see it if Since the script was a bit disjointed with weak dialogue as well as, several actors who could not carry their roles. Directing was not good.

See it if you are interested in resonance taking place between different periods of history, you like coming out stories,

Don't see it if you like ordinary shows that progress in time, you want a comedy, you hate small theaters

Also The acting was mixed but it was fascinating the way the writer wove three stories together. I'll bet the budget for sets and costumes was limited but I think they did the best with what they had. It worked well and we enjoyed it.... Read more Read less

See it if you want to see 3 storylines simultaneously...show goes on too long...

Don't see it if you want bog production values...sparse set and costumes...some actors better than others.

See it if Fluidity of the piece is just outstanding, as characters from different times overlap without confusion while keeping the everyone in tact.

Don't see it if The actors keep up the pace with a few manage to shine on stage. I wish "Inheritance" on Broadway had the structure and execution of "Marc".

See it if you'd like to see a beautiful story about finding light in love, and finding and living and sharing your truth when we're all afraid.

Don't see it if you need high production values (don't sit in the back row); won't sit through 2 1/2 (connection b/w plays non-obvious awhile)

See it if into a too-epic play about Venice

Don't see it if you believe in editing

Also Much love was invested in mounting this play, but unfortunately, not enough tough-love. This work is fast-paced due to too many throwaway scenes and not enough development. The over-acting, while at times seemingly a poignant throwback to the camp-style associated with the neighborhood, other times just felt misguided. Interesting historical scenes such as Marco Polo's clash with the church are buried among repetitive tropes of annoying tourists, rowdy bros, and a puzzling spiritual future. The emotional core is a same-sex romance between an Italian (a wonderfully warm actor) and an American (good but miscast ) that only partially worked. I salute Mark for attempting an epic endeavor and supporting his large cast, but in my view, he still has a long way to go.... Read more Read less

137 reviews
Get Alerts Alerts On Alerts Off
60
Confusing, Dizzying, Fluffy, All over the place, Ambitious
October 29th, 2019

See it if You enjoy mixing stories from different eras

Don't see it if You are sleepy and crave for something more exciting.

Don't see it if you are not interested in gay themes, are offended by males kissing, or want a light evening of entertainment

See it if You are interested in an interesting juxtaposition of characters from different historic eras that are also linked.

Don't see it if You are distracted by an untraditional stage space and religious and gay themes.

See it if you're interested in history, coming out stories, Venice, religion, and/or the question of truth.

Don't see it if you're not interested in queer characters, history, or Venice, or you're looking for a grand production with complicated staging.

See it if You enjoy plays about Venice. Interesting storytelling of 3 men with same name including Marco Polo. Great dialogues.

Don't see it if You don't like long plays. Could use a bit of editing.

See it if enjoy fringe theater experiences that strive to thematically approach issues and challenges of living truthfully in one's life journey.

Don't see it if you have little interest in exploring the issues of self-discovery, themes of gay identity, themes of the impositions placed by Church.

Also The show is ambitious, a bit long and talky at times, and includes a subplot involving American women travelers in today's Venice, which while amusing, seems out of places with the rest of the stories and themes.... Read more Read less

See it if you want a wonderful evening of entertainment. The cast is great, there are many funny moments and the love story is sweet and powerful.

Don't see it if you're looking for a deep play to analyze.

Also This play has its moments that will spark conversation, but I found it to be like happening upon a wonderful sleeper hit - I did not know what to expect and really enjoyed it! The cast is very good, it's fun and feel good, with just enough emotion to pull you in.... Read more Read less

Don't see it if You are homophobic

Don't see it if if you don't believe in love

“Marc in Venice (Theatre at St John's)” hasn't been reviewed by any Critics (yet!) 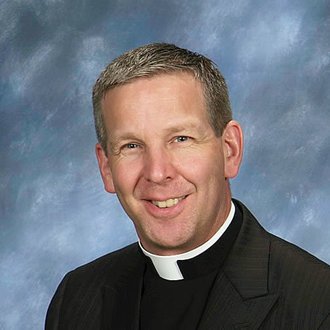 Mark Erson
Writer / Director
Get Alerts Alerts On Alerts Off