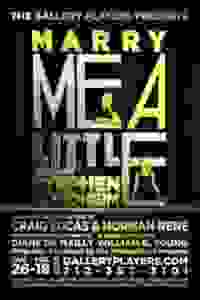 Marry Me A Little

The Gallery Players presents this revue with songs by Stephen Sondheim, about two urban singles struggling through a night of deep yearning and sweet fantasies while never leaving their respective apartments.  More…

Together they breathe new life into a collection of trunk songs that were culled from the original Broadway productions of shows such as 'Follies,' 'Company,' 'A Funny Thing Happened on the Way to the Forum,' and 'A Little Night Music.' Featuring rarely heard Sondheim numbers, 'Marry Me a Little' is a tribute to all the New Yorkers who've ever found themselves alone on a Saturday night thinking about love. Note: There are three sets of alternating performers; check the website for their schedules. 'Marry Me a Little' runs in rotating rep with 'You’re a Good Man, Charlie Brown.'

See it if You like outside the box thinking when it comes to interpreting a classic show. Great direction!!

Don't see it if You don’t like your classic shows changed in any way.

Don't see it if Lack of plot causes evening to grow static; as well as similarity of songs. Highlight - songs cut from Follies & A Little Night Music

See it if Too late... Marry Me just finished the run ..The .two gals who we saw had great voices

See it if You love Sondheim—or don’t—and want to support young performers celebrating the 50th year of a venerable and independent local theatre.

Don't see it if Brooklyn is conceptually a world away from you, or if your Sondheim needs to be fully orchestrated or more than this rarely done revue is.

Also Sondheim's work, like a lot of things, is often at its best when stripped down — in this case, to nothing more than two voices & a single piano. Yes, the Tunick arrangements are gorgeous & organic, an integral part of our experience of Sondheim's scores; but paring it all down allows the complicated melodies — and their real emotional, lyrical content — to be clearly heard & appreciated on their own.

It's a rare treat hearing them thus, and given an interesting twist by having the show performed by three different pairings on different nights: Female/Female, Male/Female and Male/Male.

The January 26 show featured Alyson Leigh Rosenfeld and Jesse Manocherian. While both are young, personable performers whose presence and instruments will only gain depth and technique over time, they convinced in their singles' lonely, thwarted longing for love, all the while maintaining the illusion of inhabiting two separate apartments in the single set, crossing and passing each other throughout.

See it if like Sondheim; there's no real plot, just two single people on a Saturday night with some obscure Sondheim songs. Cast rotates

Don't see it if Want a plot, linear story telling or a big production. It's a small chamber piece

Don't see it if You don't prefer Sondheim music.

See it if You want to hear sophisticated music, passionately performed. An unusual concept, witty and intelligent.

Don't see it if Expect a lot of plot, get bored with song after song not varying much in emotion or meaning.

See it if you love Sondheim songs from musicals and songs that didn't make it reimagined and sung by great actor/singers with no amplifiers.

Don't see it if you've never heard of or don't like Sondheim or you don't cross rivers to see great performances in small Brooklyn theaters.

Also Congratulations to Gallery Players on their 50th anniversary.

See it if If you like obscure (for some) Sondheim songs sung really well by two distinctive actresses.

Don't see it if Unless you don't mind reading the playbill to understand the concept of the story - if you like up tempo songs and understandable stories.

Also The actresses did a great job at performing the many mostly sad romantic songs. The concept according to the program was two neighbors living upstairs and down from the other but they wandered around the same set. I wasn't sure if they were gay and found each other or one was auooosed to be the male counterpart as they sang all the songs with references to men. Both of the actresses seemed to have a specific relationship and commitment but it was not obvious to me. I knew many of the songs but am very familiar neither even esoteric Sondheim - if you are looking for his known music look elsewhere - the music is mostly sad but still beautiful. Well produced but directed in a confusing manner... Read more Read less

See it if you love Sondheim and don't mind going to South Park Slope for a 60-minute revue.

Don't see it if you're expecting a full-size musical with story, or want to hear Sondheim songs from his popular shows.

Also The show is performed by three pairs of rotating cast -- male/female, male/male, and female/female. The show doesn't really have a "story," so the choice is more about if you like male or female singers.... Read more Read less

Don't see it if Smaller almost revue of songs with a minimal story. Simply an hour.

See it if You like Steven Sondheim music and lyrics and love love small theatre. Its ALL music/songs.

Don't see it if you want spoken dialogue since it is entirely music/songs. There really is little story line...

See it if you like Sondheim and creative staging. (Two characters share the stage but they are in separate apartments.)

Don't see it if you are hoping for a polished production.

Also This was the first musical that was rather disappointing to me. I was enticed by Sondheim to travel to a part of Brooklyn I did not know. I saw the male-male combo (there are three different pairings of actors that rotate). One young man was enjoyable to see and hear; the other was making his NYC debut and his talent is still developing.... Read more Read less

Don't see it if you expect strong voices that can carry Sondheim's melodies at higher octaves.

See it if you enjoy some sondheim you hardly hear

Don't see it if if you want sondheim to be great

See it if If want to listen to some good musical performances.

Don't see it if If you are expecting a contiguous play that makes a lot sense.

See it if you're a Sondheim fan. It was great to hear some of his lesser known works re-imagined in a new context. See it to support community theater

Don't see it if you prefer shows with structure or high production value. One of the actors was fantastic and the other one was lackluster. It distracted me

See it if You love Sondheim in any form. A never boring production from the never disappointing Gallery Players. Mr. Rifat is always engaging.

Don't see it if You don't like Sondheim or short musicals.

55 reviews
Get Alerts Alerts On Alerts Off
77
Entertaining
January 29th, 2017

Don't see it if if you dont like local theater

See it if You love Stephen Sondheim and are familiar with all of his work. But also if you're not familiar because everyone should become familiar.

Don't see it if You want dialogue and "plot."

Don't see it if You like musicals that make you feel good.

See it if you're a Sondheim stan who wants to hear early, cut songs

Don't see it if you're looking for much of a plot - it's a revue.

Also I saw the M/F cast, but I'm sure all three pairings are excellent.

See it if You love Sondheim and you'd like a chance to experience 'Company Lite'.

Don't see it if You're expecting a Broadway level production.

See it if Very talented actors. Fine production for a small neighborhood theater.

Don't see it if If you hate Sondheim.

Applause! Applause!
"This show contains three alternating casts of two actors singing lesser-known Sondheim songs about love. They live in identical one-room apartments a floor apart. There is no dialogue, no costume changes, and no amplification. Devoted Sondheim fans will love his show. Everyone else should use ca...
read more
Get Alerts Alerts On Alerts Off

Stephen Sondheim
Composer
Get Alerts Alerts On Alerts Off 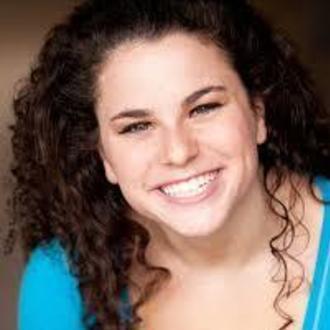 Cassandra Dupler
Female/Female pairing
Get Alerts Alerts On Alerts Off 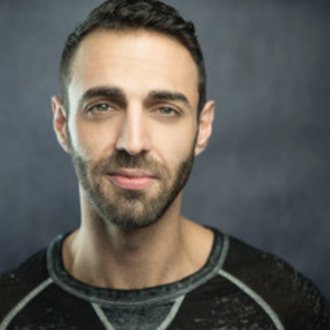 Jesse Manocherian
Male/Female pairing
Get Alerts Alerts On Alerts Off 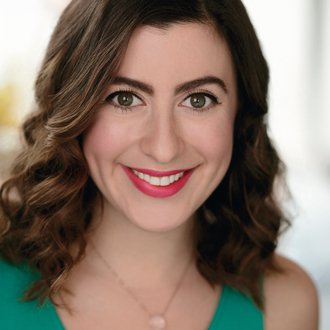