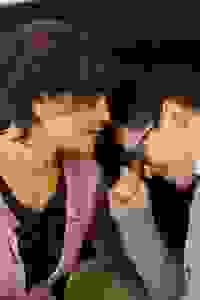 August Strindberg Rep presents the English-language premiere of Swedish writer Stig Dagerman's Hitchcockian thriller about a family caught up in the aftermath of World War II.

Gabriel struggles with the memory of his older brother Marty, a slain Resistance hero, for the love of femme fatale Therese. All that stands between Gabriel and his amorata is Victor, another Resistance hero, and his own mother. After the War, Dagerman was sent on a commission to Paris to write a book, but ended up writing this play instead, inspired by the real-life story of Austrian-Jewish refugee Etta Federn. Presented in rotating repertory with 'Journey in Light and Shadow.'

See it if Psycho thriller about a rejected son, his mother, and a girl friend in post war France. Kept me in suspense. Terrific acting by the son.

Don't see it if You don't like watching dark sick relationships that get worse. The play is nonetheless rewarding in a weird way. Read more

See it if an excellent, well-acted suspenseful play. The lead actor does an amazing performance as the lead. Much about courage, family infatuation.

Don't see it if you are sensitive to a mean, demeaning mother. you don't like long plays with two intermissions.

See it if you like great acting and directing. Definitely worth a visit.

Don't see it if Can't see any reason for not seeing it.

Don't see it if You are looking for pure funny entertainment with no thinking and emotions .

See it if You like a great storyline , good acting and suspense

See it if You enjoy great acting, period costumes, and psychological thrillers.

Don't see it if You want something light and fluffy that you don't have to think much about.

See it if partner's 90 and my 65 attempt to create another Strindberg. Robert Greer always adds comments trivia, water, and cookies pre-show

Don't see it if expect a true Strindberg work or a huge stage production......... fine work at the first preview

"Stanton carries the show and shines with his portrayal of the unloved son with heartbreaking intensity, evoking both pity and repulsion as a more-sympathetic Norman Bates who is nevertheless still despicable. Stanton's chemistry with both Maruschak and Dumeng is nuanced and distinct; both actresses also bring dimension to their respective complex characters.”
Read more

"'Marty’s Shadow' dishes up enough family drama and psychological scarring to make a viewer’s heart bleed. Don’t let that put you off seeing this show; if you miss it, you’ll miss one beautifully nuanced, fully realized performance by Jimi Stanton...It’s worth seeing the show just to watch him embody this poor schnook, and work through his moments of fear, weakness, humiliation, cowardice, integrity, love, and even courage, to the perfect denouement."
Read more