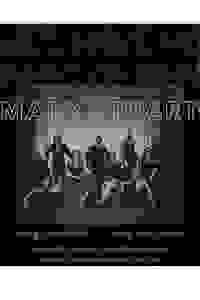 "Mary Stuart" tells the story of the personal struggle between two extraordinary women - Queen Elizabeth I and Mary Queen of Scots - both captive to the demands of sovereignty and both caught in a tumult of political and religious intrigue.  Which of them is the rightful Queen of England - Mary Stuart or Elizabeth Tudor? "Mary Stuart," written in 1800 by Friedrich Schiller, is presented in this new version by British playwright Mike Poulton.

See it if you like a strong script/acting. No prodn values, but space is well-used. Several leads stood out. Opens badly, improves. English herstory.

Don't see it if you don't know the basics of plot (you'll be lost). Or you get impatient w unnecy dances. I liked music/lights. Hurray for all-female cast!

See it if Everyone involved in this production left it all on the stage. Rewarding viewing. Haunting.

Don't see it if If you don’t want to be a friend of mine.