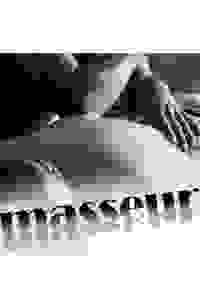 This world premiere examines the power dynamics between gender, race, and class when the #MeToo movement uncovers the wounds of a Latinx massage therapist in New York City. Part of the 2018 Dream Up Festival. More…

This raw, queer coming-of age story is told through a unique interplay of live cello, intentional movement, and dialogue.

See it if you are interested in massage, masseurs or how human beings touch one another, in every sense of the word.

Don't see it if gay subject matter or brief nudity offend you, or you prefer completely integrated scripts: this piece piles up many fragments.

Also “Masseur” is an inventive, fragmented dramatic meditation on human touch in every sense of the word. The central character, Jose, is a young masseur who is new to the city. 1 male actor plays all the other characters, including Fernando, Jose’s mentor, & Jose’s clients. Scenes between the 2 male actors alternate with monologs, often directed at an inquisitor into an act of violence that casts its shadow over the length of the play. The cellist, who plays (& composed) the lovely score, speaks directly to the audience at the start & finish of the piece, & has brief scenes with each of the play’s male actors. In 1 moving speech the older Fernando remembers how important touch was to people living with AIDS when they had little else. But mostly the focus is on how Jose is falling apart. Too many fragments? The particulars of that violent act, staged just before the end, are never fully clear. But mostly the play’s formal daring serves it well.... Read more Read less

See it if you want to explore the importance of touch set amongst a story of pain and mystery with wonderful cello music.

Don't see it if you want an ending with a true conclusion. You are left to put it all together for yourself.

See it if you enjoy a quiet show that makes a loud statement. This is a stripped down (no pun intended) piece featuring beautiful, live cello music.

Don't see it if adult themes bother you, or you’re looking for something uplifting and cheerful.

See it if desire movement/music amalgam that examines human touch, cello as a character, & storytelling about the masseur & the massaged & why

Don't see it if not interested in massage or naked men or how live music enhances an experience, expect a more finished production, hate the moan of a cello

See it if you are someone touched by the many nuances of humans touching and being touched by each other both physically and psychologically.

Don't see it if you are not interested in a play that's compose of fragments of reality and philosophical approaches to humans touching and being touched.

See it if You want to watch a slow moving play. Could even make an hour play with fast phasing acts. 10/20 seconds of gap on some scenes is not ok

Don't see it if Want to see nude male actors. White actor and the musician is good though. Prod staff could be heard from your seats giving cues

“Masseur” hasn't been reviewed by any Critics (yet!) 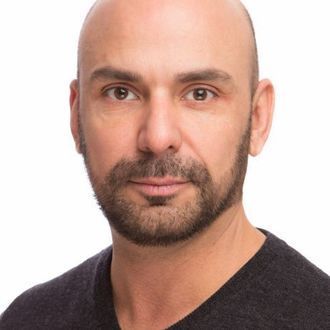 Christian Avila
Writer / Director
Get Alerts Alerts On Alerts Off