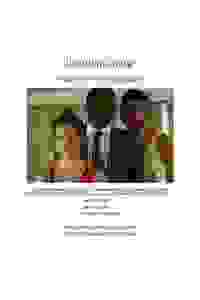 View in admin
Master of the Crossroads
NYC: Midtown W
74
Score it Scored!

Master of the Crossroads NYC Reviews and Tickets

In the Primitive Grace Ensemble's new drama, Cornbread, a Black Iraq War veteran with PTSD, holds hostage a man who he mistakes for an Arab, threatening to crucify him for the horrors he experienced in the war.

Cornbread's ex-wife Yolanda (frayed to her own breaking point by the stress of being the lone support to their two interracial children) stumbles upon the plot. She tries to enlist the aid of Cornbread's stable, church-going brother Jim-Bo, also an Iraqi War Vet. At first unwilling to help Yolanda with another of Cornbread's "craziness" Jim-Bo finally succumbs to her pleas when he learns that Cornbread has several assault rifles with which he promises to "rain fire and fury on one and all" after he's done crucifying his "Arab." As Jim-Bo ventures forth to save the man from Cornbread - and Cornbread from himself - he's confronted by a heart of darkness that reaches back generations and now threatens everyone's sanity.

See it if You don’t mind filling in the blanks with your imagination in this decent but flawed script. Very well acted but the story takes some jumps.

Don't see it if You don’t want in your face storytelling. Loud, harsh, graphic storyline told in a very intimate setting makes for a tense evening.

See it if you think you might like to experience several high-energy breakdowns over the course of a play, all intensified by the tiny playing space.

Don't see it if you're looking for insight into any of the many hot-button issues that this piece invokes, from battlefield trauma to religious hypocrisy Read more

Don't see it if If you are looking for a family drama that ebbs and flows. This does not work. It’s way too over-the-top Read more

Don't see it if High intensity exhausts you.

See it if you like bold messes. Intense and engaging performances about large and important themes. Your more concerned with themes than plot.

Don't see it if you mind a play that is a situation and a boatload of themes but doesn't seem to know how to build a narrative from those elements. Read more

Don't see it if you want a production that breathes a little, develops character and action, and allows its actors to catch their breath.

See it if You want to see drama with a religious bent with over the top performances.

Don't see it if Nudity, violence, religious themes, mental disease, and racist overtones are not your thing. Read more

See it if This is an impeachable powerful production. The story touches tender subjects including mental health. Not to be missed.

Don't see it if If you can't handle intense stories

"The tone goes from frenzied to hysterical to off-the-charts bonkers...When a story begins with its intensity needle as firmly in the red as this one does, there are no options left besides self-combustion...The production ends on yet another abrupt turn, this time into ritualistic violence. Abili throws himself into the scene with committed fury...For a minute or two, fascinated by Abili’s abandon, you may even stop wondering why this is all happening."
Read more

“A wild contemporary Southern Gothic tale coupled with sociological themes. The fierce cast of three acts up a storm to great effect, the events are compelling, and the grotesquely ritualistic finale is unsettling...There’s a lot of finely choreographed movement and ferocious fight sequences...Technically the production is small in scale, but its elements achieve high caliber theatricality...Powerfully dramatizes topical subject matter that’s rarely seen on the stage today.”
Read more

“Calderon does not disappoint...An incredibly intriguing and unique play...It explores themes of mental health, racism, internal struggles with life choices, and human weakness and strengths, during a life altering point in the lives of three people...A strong script, excellent direction, and top level acting...It is given exactly what is required, with no trickery or slight of hand. It is simply a thrilling, powerful, flawless play, and a theatrical gem that should not be missed.”
Read more

"It is an intense performance. It is raw, intimate, and inescapable...The audience and actors reach a level of involvement and critical thinking that other plays rarely achieve. No one is bored during this tumultuous ride...All three characters are masters of their respective crossroad they are at: religion, war, relationships, mental health, and human suffering."
Read more

“Post-traumatic stress disorder, familial conflict, crucifixions and redemption are at the forefront of family conflict in ‘Master of the Crossroads’...The theme of redemption through sacrifice is woven tightly throughout play...The audience gets a glimpse of what the characters are struggling with day-to-day...With these components working harmoniously, ’Master of the Crossroads’ is harsh, dark and eerie to make a point about the poor mental health care that American veterans experience.”
Read more

“One of the most physically intense hours of theater you’ll ever see...’Crossroads’ is the theater experience equivalent of a Rothko painting—you don’t really go to see it for the form or the shape or even the story, you go to have it make you feel something, to take you on a visceral ride...It’s a sit-back-and-be-prepared-not-to-so-much-as-itch-an-itch type of play from beginning to end.”
Read more

“A compelling and masterful drama...The play draws in the audience at a primal level as we see three individuals struggling with the affects of PTSD...Calderon explores themes of hyper-religiosity, betrayal, guilt, denial, rituals, mental health, the trauma of war, and the insidious effects of poverty and racism to weave together a troubling tapestry...The acting...is mesmerizing...They are directed...in a way that gives them free rein to vent their rage, frustration and fear.”
Read more