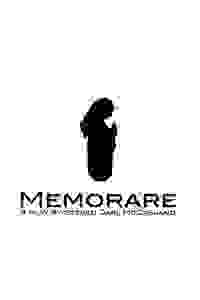 In this this world premiere drama, a young Nigerian postulant arrives at a New York City convent for refuge, prayer, and a new beginning on a hot and tumultuous day in the summer of 1964. More…

The streets are raging with riots after a 14-year-old black boy has been shot and killed by a white police officer in Harlem. The questions that arise in the aftermath of in the postulant's arrival will change the Sisters of Mercy, and the postulant, forever.

See it if you're interested in racial attitudes in 1964. High concept (Nigerian postulate in a NYC convent) plays out through well-drawn characters.

Also Memorare started out well, but lost steam until the plot twist. I stayed engaged, but I was annoyed at the one-note discussion (should she stay or should she go?) Many red-herring plot points (who threw the brick? why?) Script needs work, but the acting and staging were strong. Important reminder about James Powell (very similar to Michael Brown). Church setting is effective.... Read more Read less

See it if You want to see a well written show with solid performances. Set in a different time, yet the issues raised are just as relevant today.

Don't see it if You are uncomfortable with representation of religion. Or don’t want to see a show staged in a church.

See it if White convent copes with racism and fear in NYC 1964. Conflict develops among the nuns. Enjoyable but simple characters. Clever plot twists.

Don't see it if Points are preached repetitively. The girl's emotional state seems too calm given her past. The ending wraps up the issues in a tidy bow.

See it if the prospect of seeing issues of belief, doubt, intolerance, love & forgiveness embodied in a series of conflicts intrigues you.

Don't see it if you are too irreligious to suspend your intolerance for religion for two hours & sit in a church -- for a play about religion.

Also The cast here deserves special commendation. 8 very powerful women play 8 very opinionated & sometimes raucous nuns. It was a delight to experience them all in the intimate space of St. John's Church. (And they can be very funny.) And the playwright deserves kudos for engaging questions about belief & what constitutes moral conduct in a very fallen world without a trace of preachiness: He needs no sermons because the drama says it all.... Read more Read less

See it if The actors was great, the story is excellent, with both it a great show.

Don't see it if You want a big and shine stage, or singing, it touch subjects that was heartbreaking.

See it if Want to be fully absorbed in world of ideas, prejudice, emotional scars. It's fine, smart & at times, funny. I think this one's a gem.

Don't see it if No interest in life of nuns, beliefs in God, moral questioning. It's a play about race, cultural differences, secrets, taboos.

Also A few commenters here felt it had a workshop vibe to it, but I respectfully disagree. Having the daylight stream in through the stained glass windows during the matinee heightened the drama, but the actual production lighting was well-crafted, the wardrobe was perfect and the actors were nicely staged even when they were just changing the furniture around between scenes. There wasn't a single misstep in the casting and the actors were all wonderful (although it was occasionally hard to hear the lead.)

Someone wrote here that the playwright was the ticket taker. If that's the case, kudos to him. He's a young-looking fellow who was able to deftly portray a (seemingly) realistic view inside the shrouded world of the nunnery, and handled the dialogue with great sensitivity.

See it if DON'T MISS IT!! Great theatre!

Don't see it if DON'T miss it!! Great entertainment

See it if you'd enjoy an earnest, well acted ensemble in a somewhat cliched story with no set and minimal stagecraft.

Don't see it if you have trouble hearing or will be bothered by the sometimes poor sight lines. It's a little long to be performed without an intermission.

Also This is a well thought out script with some talented actors, but there were no surprises - it's been done before. And the lead young actress was difficult to understand, because of her accent, her lack of articulation and rushing her lines. She's very natural and has lovely potential, though, and I was impressed by the cast as a whole. Could be trimmed, and introducing some characters from outside the convent would have made for better storytelling, imo.... Read more Read less

See it if You want to see some very good writing and a great performance. You want to hear some truths about how many people think and behave.

Also I was thoroughly entertained by this play. The writer did an excellent job and the cast is amazing. I enjoyed everyone of the cast members, even the mean sister. Go see it if you can.... Read more Read less

See it if You wonder what nuns talk about.

Don't see it if You like "evil" characters to be complex.

See it if You appreciate how a play can show a sliver and reveal a world.

Don't see it if Uncomfortable seating will dim your appreciation of the work.

Also A traditionally-styled play with a clear arc and structure, a relevant theme, and a satisfying conclusion.... Read more Read less

See it if Solid all female cast exs racism in the Catholic Church during the civil rights era.

Don't see it if The accent of one actor, and the acoustics of the church itself, made for a tough time hearing much of the dialogue.

See it if You like an uber-talented ensemble transport you to another time and place with a razor-sharp script in staging by a deft director.

Don't see it if If you're looking for something easy. This play challenges you.

Don't see it if Politics , race, religion are not subjects of interest. The seating and acoustics are not good

See it if want a well done production that explores important issues.

Don't see it if you're bothered by depictions organized religion or are looking for elaborate sets.

See it if want to step inside a Catholic convent and witness how their protected lives and beliefs are altered as events force them to re-evaluate.

Don't see it if you don't like small venues and simple staging, or don't want to see a play where all the actors are nuns.

Also Overall, I enjoyed this play and found it to be thought-provoking and humorous at the same time - and cleverly set on a stage in a church.

Early on, I was wondering if nuns living in a convent are really as one-dimensional as depicted here. But, despite that, the issues around racism, the fate of babies of unwed mothers, the consequences of rape and murder, etc. were so well exposed and discussed that the play worked well.

I saw this play at St John's Lutheran Church in Jan 2018.

See it if You are interested in what NYC was like decades ago vis-a-vis prejudice. You have a thing for convents. You like all female casts.

Don't see it if You expect a religious order to be depicted realistically. You like to hear every word the actors are saying.

Also It seemed odd that the nuns were depicted with such combative character traits and such disrespect for the Mother Superior. I didn't believe it. Also, the acoustics of the church and the lack of projection of the actors contributed to poor comprehension of the dialogue.... Read more Read less

See it if Great cast and writing can be found in "Memorare". While the story develops, each character gets a moment without running down a checklist.

Don't see it if The setting looks great on paper but in practice, it fails due to bad acoustics and no real stage. Don't see it during a cold winter night.

See it if ..you enjoy very modest but well-written production of a moving story about racism and historical events (mid-1960s)

Don't see it if .. you're looking for any flashy production values

See it if A look into world not often seen-a convent in NYC in the '60s. Amazingly relevant what w/racism in the USA & carnage in the world; well done

Don't see it if You're looking for a full on staged prod-this is in a church (bring warm clothes!); you don't want to see an all female cast; need a comedy~

See it if you want to see an intelligent look at how racism was & is still prevalent with a dedicated female ensemble.

Don't see it if you're looking for a "spoon feeding" or a play that is a light entertainment. Or HAMILTON.

Don't see it if You want a light fluffy drama or musical.

See it if you like a well-written play about contemporary issues with good acting.

Don't see it if you don't like a minimal set, church pew seating (the front row has a cushion) or controversial material.

Also A very interesting play taking place in a convent which discusses race from a 1964 time period. Interesting concept of how cloistered nuns react to a new African novice.... Read more Read less

See it if you are open to a performance in a church that concerns the church. Although situated in 1964, the same racial issues persist today.

Don't see it if you're expecting lavish staging. The writing is strong as is the acting.

"A fascinating and timely piece of work. With conversations that are still familiar today, a wonderful cast, and a beautifully-written story, the world-premiere production is a must-see...Throughout the play, the stories of the nuns are told, giving each character solid motivations for their acti...
read more
Get Alerts Alerts On Alerts Off 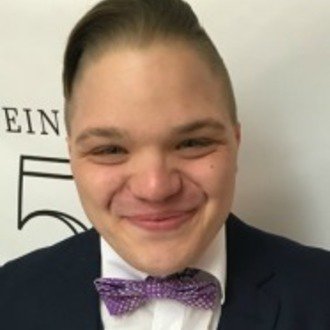 Steven Carl McCasland
Playwright
Get Alerts Alerts On Alerts Off 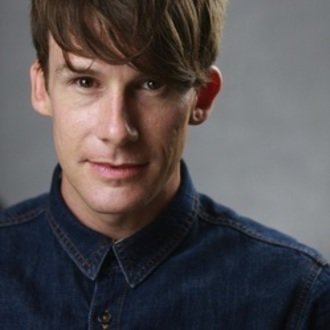 Peter Darney
Director
Get Alerts Alerts On Alerts Off 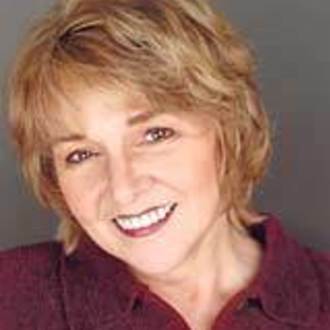 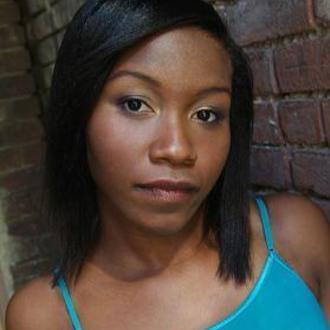 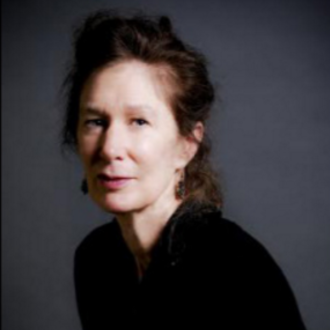 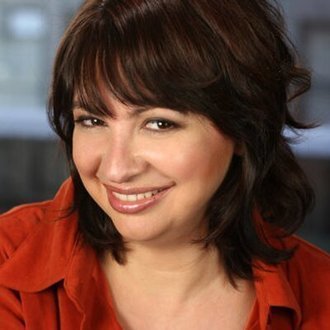 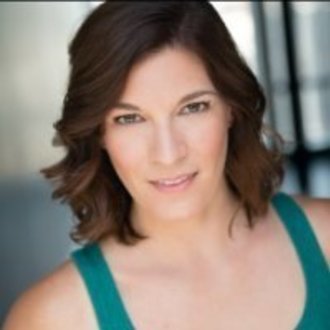