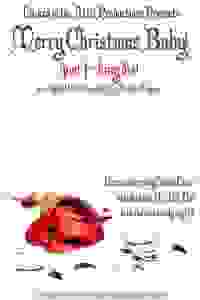 Locked in the Attic Productions presents a dark Christmas comedy about a man whose life unwinds over the holidays in spectacular fashion.

'Merry Christmas Baby! (just f**king die)' tells the story of Ian, whose wreck of a life is hardly the stuff of traditional holiday fodder. Saddled with dependence, deceit, and an especially eccentric lady of the night, Ian has only one source of consolation: his sincere friend Jerry. An irate girlfriend and lingering lingerie all climax in a disaster which prompts the audience to reconsider why exactly Santa Claus shrieks out, "Ho! Ho! Ho!" into the cold lonely night.