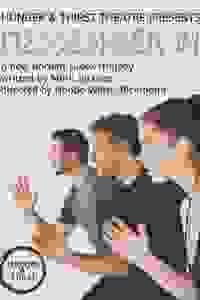 Before the Internet, before newspapers, before carrier pigeons, there were the messengers. 'Messenger #1' centers around the three messengers who serve theater's first dysfunctional royal family. As Agamemnon, Clytemnestra, Electra, and Orestes' heinous actions cause the world to spiral out of control, our messengers’ clear, passionate voices are the country’s only source of information—​a powerful, and potentially dangerous, position to hold.

See it if You want a modern interpretation of classic Greek plays. You want to support a young theatre company.

Don't see it if You want consistent writing & performance; when it works, it's enjoyable to watch & when it doesn't it's awkward & slow.

See it if You want to see a new take on an old story. A well thought out idea, good actors, interesting use of space, and relevant.

Don't see it if You can't abide small spaces with actors a little on top of you. A little over the top at times, with a couple eye roll moments.

See it if well-written, contemporary language approach to an ancient Greek tragedy by turns funny, poignant, staging fun, some of cast very winning.

Don't see it if You only like classically performed classics.. You require more than 6 actors in a black box theater which is exactly that.

Also I vacilate about this score. I think about it two weeks after I saw it. But at times I think of how grating I found some of the performances, at others I think, my goodness I'm tired of all the running now. Ultimately, a play should be scored on whether I would want to go back, whether i feel I wasted my time, or when I just felt a need to escape. I felt both the latter at times- yet I still appreciate the wods and the vision.... Read more Read less

See it if You enjoy reimaginations of Greek classics.

Don't see it if You avoid plays that are interesting academic exercises but are not compelling when staged.

See it if You want to watch the reworking of a Greek tragedy. The show successfully grasps the meaning of ancient tragedy. Solid acting.

Don't see it if You want to see a big production, this one is really small. The beginning is also a little tedious, but overall I enjoyed it.

See it if You know the Orestia and want to see a well written, well acted adaptation from the perspective of previously minor characters.

Don't see it if You are not familiar with the orestia

See it if You like greek tragedies, running all around the stage and theater

Don't see it if You don't like small, intimate productions.

See it if U like intimate settings & watchg good actors up close. The writing brings some modern slang to classical language-basically for a laugh.

Don't see it if U want a spectacle. This is bare-bones but inventive. U don't like being touched. There is some actor-audience contact. U hate Greek tragedy

Don't see it if you don't like small budget shows, tragedies with some comic highlights, somewhat contemporary topics (though underdeveloped)

Also for a show presumably focusing on the messengers, there is far too much time spent on the royals in the play; i couldn't help feeling that the story would have been far more poignant & interesting if the messengers' characters were more fully fleshed out, & the events of these great greek tragedies conveyed more through their experiences. as it is, the play shortchanges most of its characters.

that said, the production brings the story to vivid life & does a lot with very little. the show flows quickly and well for the most part (though when it doesn't, it is keenly felt). the performances are mostly excellent - especially the 2 messengers in love, who hit some perfect, difficult notes with text that swings plenty in tone (e.g. from bawdy sexual humor to the trauma of wartime rape). the choreography of red ribbons depicting bloody violence was pretty impressive, too. :)

i'd recommend it as a solid show about inevitably being a part of history, even if one's social role feels tiny.

Don't see it if Some prior familiarity with the story might be useful though by no means necessary.

Also This worked quite phenomenally for me. Mark Jackson's script and the staging hit all important stress points of the Aeschylus tragedy with ruthless effectiveness. Having large chunks of the story told from the perspective of the "messengers" takes nothing away from the bloody history of the House of Atreus (Katie Consamus is a very convincing Clytemnestra) but rather provides a sort of authorial voice to the story. Some obviously anachronistic character modernizations actually feel very organic and do not seem out of place. The fact that the whole Oresteia cycle was coherently fit into very brisk 90 minutes is nothing short of amazing. The acting is generally very energetic (a tad too much so in the case of Electra and Orestes) and honest. The staging is intimate and effective. I didn't care too much for the Fury but I guess she had to be there ;)... Read more Read less

See it if you like Greek drama, don't mind a mix of modern and classical vernacular, & want a treatment of contemporary issues in a historical setting

Don't see it if you expect high production values, a polished and professional presentation, or subtle, nuanced acting. The quality of acting was varied.

See it if You like fast paced, very intense theater. The show was a stylized mix of Greek tragedy and current language. Thought provoking.

Don't see it if You like theater to move you emotionally more than provoke you intellectually.

See it if You are interested in a Greek tragedy told with a lot of fun by an ensemble that works well together. Special note to the Furies.

Don't see it if You are claustrophobic or don't want to sit in the front row.

See it if Like a contemporary, fast-paced telling of classic stories

Don't see it if You're looking for fancy staging or set

See it if You think ancient Greek dramas can be brought to life in mixed vernacular, and are unafraid to scrutinize given history from another's view

Don't see it if You have no tolerance for a bit of histrionic over-the-topness in your Greek tragedies.

See it if you want to watch a modern spin on an ancient tragedy with great moement and stellar acting.

Don't see it if you dislike modern shows. It is very much not a traditional show with few 'old' traditional theatre peeping through.

See it if you'd like to take adolescents to introduce to Greek tragedy. This adaptation of Aeschylus stays faithful to the story - with an added twist

Don't see it if You are looking for a cathartic experience and dont like to see classic epics adapted to small stages, or bored with a familiar story retold

Also The House of Atreus as seen through the eyes of the Messengers, a modern day interpretation. The Messengers introduce an interesting spin to Aeschylus' timeless tragedy, and the performance has intriguing hints of Kabuki theater. But the language is predictable and the small space does not help the energetic movement and declamatory style of the performance... Read more Read less

See it if You have a love for classic theater with modern twists. Love Greek tales. Enjoy shows with political undertones. Blackbox productions.

Don't see it if Have trouble getting used to different ways of speaking. Don't like shows where actors play multiple parts. Politically charged shows.

See it if You enjoy modern adaptaions. You enjoy timeless themes of tyranny. You like stylized and fast paced theater.

Don't see it if You prefer realism. You don't enjoy greek mythology.

Don't see it if You want light entertainment... or have claustrophobia.

See it if If you have always wanted to see Greek tragedy performed in a contemporary and compelling way. So many brilliant lessons!

Don't see it if If you do not want to be entertained and enriched.

See it if You like refreshing new twists on classic plays. (A bit unpolished but a good show.)

Don't see it if You want a ritzy, lights and singing show.

See it if You like being up close and personal with the actors, creativity, lots of physicality, or classic family-political intrigue of Greek drama

Don't see it if You don't like black box theater productions

See it if well, I saw this in March but if it was still running I would say see it because it's a fresh take on one of drama's oldest stories.

Don't see it if You are claustrophobic. The theater was tiny.

See it if you like to be in small room with a lot of energy. Modern takes on Greek plays.

Don't see it if You can't handle theater being in your face/on top of you.

Also I like the Hunger & Thirst company and saw this show back in March. Just saw their Pericles.... Read more Read less

"As presented by Hunger & Thirst Theatre, Mark Jackson's 'Messenger #1' is a modern adaptation of the Greek trilogy by Aeschylus which reinvents the tale for contemporary audiences. With a cast of six superb actors, Hondo Weiss-Richmond's brisk and lucid production is both gripping and provocativ...
read more
Get Alerts Alerts On Alerts Off
"Truly a most original and ingenious take on 'Oresteia'…’Messenger #1’ is without a doubt a massive accomplishment. It keeps the essence of the classic Greek plays while making them easy to digest for a 21st-century audience, and it tells a timeless, recognizable tale from a refreshing and topica...
read more
Get Alerts Alerts On Alerts Off
“A terrific production…The ensemble acting is so fine that our sympathy lies with them, all fully developed, all compelling…The direction by Hondo Weiss-Richmond is clean, clear and imaginative...Mr. Jackson’s dialogue is a careful and clever mix of what falls on the ear as classical...Nothing sa...
read more
Get Alerts Alerts On Alerts Off
“An innovative dark comedy/drama…’Messenger #1’ has a lot of themes which are still relevant in 2017…Whether the youthful cast engages in simmer-and-seethe expressions of passion, or over-the-top, grand movements, the acting is excellent. The script mixes the indulgently quaint style of ancient G...
read more
Get Alerts Alerts On Alerts Off 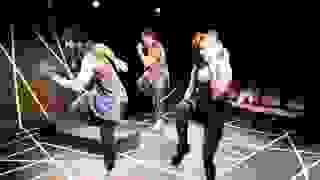 Kristin Calabria has spent the past few weeks leading her clients in burpees, speed skaters and squats. But these aren’t your typical fitness clients.... 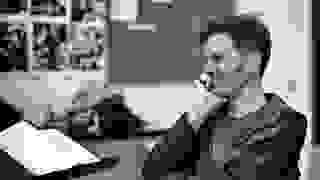 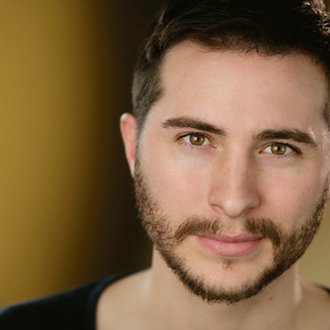 J.C. Ernst
Messenger #1
Get Alerts Alerts On Alerts Off 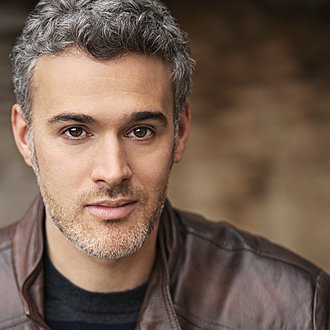 Jordan Kaplan
Messenger #2
Get Alerts Alerts On Alerts Off 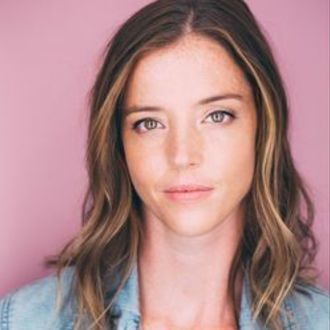 Emily Kitchens
Messenger #3
Get Alerts Alerts On Alerts Off 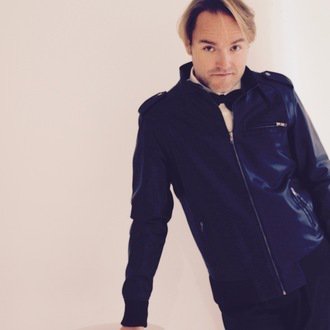 Dan Morrison
Actor #1
Get Alerts Alerts On Alerts Off