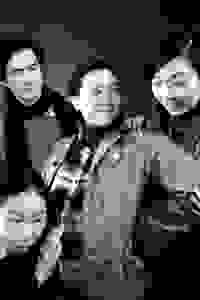 Yangtze Repertory Theatre of America presents a new play inspired by a real-life murder that occurred in a small town in China.

Written, directed, and designed by K.K. Wong, 'Midnight Kill' is set in a rural Chinese farming village during the early 1970s, when China's Great Proletariat Cultural Revolution was at its height. Under the country's autocratic rule, extreme forms of collectivism, asceticism, and class warfare run rampant. In this crucible of passion, ideology, and deprivation, a married woman and a local teacher have been having an affair. The play opens with her murder, and then flashes back through their relationship, eventually revealing the motivations behind the killing. Performed in Mandarin Chinese with English subtitles.

“As the actors interact with each other and work to share this story, the spirit and tenacity in which they do so is something remarkable. Their presence and focus in bringing a significant time in history to life leaves the audience with chills. While it is so important to pay attention to the subtitles in this production, it is hard to tear your eyes away from the living story taking place on stage...Guaranteed to stop audiences in their tracks and keep the mind’s wheels turning.”
Read more