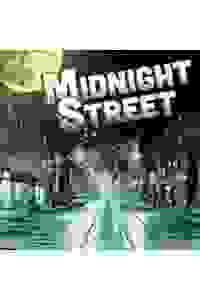 In this new musical, amid the dark and dangerous underbelly of the city, a trio plays out a seductive and lethal turf war against a vivid musical landscape.

See it if You want to support someone in the cast, crew or creative team.

Don't see it if You value your time.

Also I’ve never before tonight thought to myself that I felt certain I could do a better job than any of the actors I was watching on stage.... Read more Read less

Don't see it if You want to see something worth your time.

See it if you don't mind an extremely slow-moving musical/drama with decent singing and a pointless story.

Don't see it if you're expecting a decent story with good performances, and at a fast pace

Also This was perhaps the worst show I've seen in years, very slow moving, decent singing by the female lead, poor singing and acting by the men. The story was pointless; it went nowhere. A long 70 minutes. My last root canal wasn't as painful.... Read more Read less

Don't see it if You like comedy or musicals

See it if Flashes of talent.

Don't see it if Is it a musical if only one person sings? Is it a cabaret if there are two other characters who don’t sing? Is it worth seeing? No.

Also Chanteuse-type solo singer laments life on the game. Anti-Semitic-spouting gangster shakes down boss who calls himself by biblical title for no earthly reason except to expound on morality of which he has none. Six walkouts in first half. Others lulled to sleep by monotonous music. Like me.... Read more Read less

See it if You simply want to see a musical at a nearby location. It's entertaining in some ways. But the acting is so-so

Don't see it if You have something better to do. Watching live performance is still better than watching movies in some circumstances.

Don't see it if You want to see a play with any kind of value. This play is disconnected with very little take away.

See it if you enjoy productions in their nacsent stages. The perfomers voices are pleasant enough and they d the best they can with the material.

Don't see it if if you want to fully though out story, While the concept sounded intriguing and mysterious, the execution was a bit confusing and lackluster

See it if you like singing under any circumstances

Don't see it if you want a good show with good writing; singing was ok but not enough meat to the show

See it if you can appreciate fine actors (particularly the exquisite Emily Afton) giving wonderful performances in a poorly written confusibg show.

Don't see it if you only like traditional Broadway musicals or expect a script with logical motivations and plot.

See it if you want an odd experience seeing 3 talented people struggle to make sense of an under developed book.

Don't see it if If you want to hear memorable music and song.

Also The 3 actors were impressive enough trying to make something of the weak book and song craft. The music itself was technically well developed, but songwriting also requires other elements that hook in the listener. Each crafted song failed to stick in the musical ear. It is a wonder that the female lead singer (she was quite good) could manage to remember the songs. The story failed to remain cohesive and splintered in many places. Strangely enough we had an appreciation of the effort that might have gone into the creative music process.... Read more Read less

See it if You want to see a short, amateurish show in a nice venue with actors who tried hard.

Don't see it if You want to see a meaningful, well done off-Broadway show which this is not

See it if You want to see terrible theater and the waste of an amazing actress' talent. Emily Afton brought life to otherwise garbage theater.

Don't see it if You can do literally anything else. Helping your friend move into a walkup would be a better use of time.

Also The script is laughably terrible. There are far far too many ballads. Emily Afton is magic and brings life to what has to be the worst script to grace theater row. The girl deserves a TONY just for not cracking up at the writing. It has to be one of the worst things I've seen with one of the best talents I've been in the presence of.... Read more Read less

See it if You like bad theater? This musical is like The Room of musical theater. For people that relish bad movies this would be right up your alley

Don't see it if You want to be entertained. You like good theater. You (literally) have anything else to do with your life.

Also I really hate giving negative reviews. I feel horrible because this is someone's creation. Something that someone took time effort money to put together and bring to stage. However, this is simply one of the worst shows I've ever seen. the show ended abruptly and was quite confusing actually. A lot of people left looking at each other almost as if to say say with facial expressions "what the hell did I just watch?" "What just happened?" "Is it over? That's it?"
The Lyon theater is a horrible stage. The audience is below the stage and the people on the small stage look giant. There's really no set to speak of. The songs are not catchy. You definitely will not be leaving the theater humming. Avoid this at all costs. I'm so sorry. 🙈
... Read more Read less

See it if Don’t see it under any circumstances.

Don't see it if You want to stay awake.

Don't see it if You are expecting a strong story

See it if You do not care what kind of performance you are seeing. If a story does not be any good. If over smiles and to many words attract you.

Don't see it if If you like singing that is on key or if you want a good coherent plot line. Story throws up a lot of varied non essential things.

Don't see it if Too many similes. Plenty of anti-Semitic diatribes courtesy of the untalented Jewish playwright and director, Arnie Cohen. Don't stay up.

Also "Like all the yesteryears that never were." Don't support hate.

See it if you like a show that is very confusing. There seemed to be a few themes with no connection. Good singing by actress.

Don't see it if you do not like intense anti semitic and anti Christian rant by the two male characters. What a waste of my 70 minutes.

See it if you want to see and hear what non-talent is all about.

Also When the music, lyrics, libretto and direction are all by the same person, who tells whom that something is wrong with a production??? An embarrassing mess.... Read more Read less

See it if No, don't see it. At times it seemed as though the singers (especially the woman) were making up the songs on the spot.

Don't see it if you're looking for a cohesive story line and songs that advance the plot. Only 70 minutes, but it seemed much longer. Much longer.

See it if An all around terrible show. 70 minutes that I will never get back. Lyrics and story didn't make sense...terrible script..just terrible...

Don't see it if Not worth seeing unless you have a friend involved in the production and they paid you generously to sit through this painful production.

See it if Show really is a score of 30, however, I feel really badly for everyone. This is just like the creators other two shows.

Don't see it if Themes include prostitution, anti-semitism, lesbianism, violence and disparaging woman. Performances where not even. Music had limited range

Also I disliked his other two shows. I came two years later hoping this show would be much better than his prior work. This was a distorted facsimile of markedly substantially similar content and quality. I was really rooting for this to be a success!!!... Read more Read less

See it if you know the playwright. I hardly ever give negative scores and feel for the actors who tried but at times it seemed off-key. Bad writing.

"Cohen is clearly an intelligent, well-read man, familiar with the twists and turns of different periods and styles. 'Midnight Street' is chock full of ideas, poetic meanderings and some worthwhile melodies but just doesn't add up. His direction can't overcome the pretentious language and heavy-h...
read more
Get Alerts Alerts On Alerts Off
"All three actors in 'Midnight Street' offer very capable performances, but unfortunately, the script is too thin and underdeveloped to allow them to shine. None of the characters have any depth or dimension...Clearly, 'Midnight Street' is not trying to offer a realistic depiction of what it mean...
read more
Get Alerts Alerts On Alerts Off
"Danielle…rambles on in…artificially inflated prose, sometimes bordering on abstraction, talking about her disillusion with men, her use of her body to make money, her attraction to women…Barely any narrative is expressed as Danielle goes on and on, valiantly singing one instantly forgettable son...
read more
Get Alerts Alerts On Alerts Off
"This is not a musical, but a cabaret with some beat poetry...We have the main character, a prostitute played by Emily Afton, who sings well, but has no acting skills. Every song sounds the same...The seventy minutes of this show seemed like two hours and sadly there is nothing to recommend it."
read more
Get Alerts Alerts On Alerts Off

Follow someone to be automatically notified about their next show
A
Arnold L. Cohen
Writer / Director
Get Alerts Alerts On Alerts Off