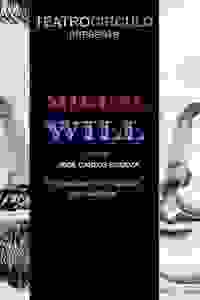 View in admin
Miguel Will
NYC: Gramercy
Score it Scored!

Miguel Will NYC Reviews and Tickets

It's 1612 and William Shakespeare is attempting to stage his (now lost) play 'Cardenio,' based on an episode in Miguel de Cervantes' 'Don Quixote.' Rehearsals are running smoothly until Richard Burbage, one of the key players of the King's Men, makes his entrance. Burbage has been cast as Quixote, and when Shakespeare attempts to give his seasoned player direction, things quickly go awry. What follows is a fantastical exploration of two of the greatest masters of Western literature.